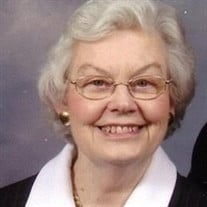 BARBARA R. REID STAUNTON, VA Barbara Lee (Ralston) Reid, 77, wife of Arthur R. "Jim" Reid, Jr., of 21 Woodlee Road, died Friday, July 8, 2011, at her residence. She was born November 15, 1933, in Washington D.C., the daughter of the late Melvin Clark and Mabel Hull Ralston. Mrs. Reid graduated from Robert E. Lee High School in Staunton and retired from Glassner Jewelers in 1998. She was a faithful member of Central United Methodist Church. She was a past Chairman of the Staunton Christian Woman's Club, a member of Sarah Murray Lewis Chapter of DAR. She was also a charter member and past President of A.A.R.P. chapter 4392. She was also active in the American Legion Auxiliary Post 13. In addition to her husband of 46 years, family members include a daughter, Peggy Trimmer Aglubat of Charlottesville; a son and daughter-in-law, Glenn and Becky Trimmer of Stafford; two step children and their wives, James and Elizabeth Reid of Milton, West Virginia and Lon and Nancy Reid of Montvale; two grandsons, Anthony Aglubat of Cleveland, OH and Joseph Rosser Trimmer of Richmond; two step granddaughters, Jessica Atkins of Milton, WV and Corey Chuyka and husband, Shaun, of Roanoke; two step grandsons and their wives, Benjamin and Reagon Reid of Dayton, OH and Robert and Billie Jo Reid of Montvale; and five great grandchildren, Rosalyn Reid, Cora Reid, Kaylee, Karis, and Brennen Adkins. She also leaves a brother and sister-in-law, Harold and JoAnn Ralston of Staunton and a special cousin, Hildred Cook and her husband, Howard, of Waynesboro. A funeral service will be conducted at 2 p.m. Sunday, July 10, 2011, in the Henry Funeral Home Chapel by the Rev. Dr. Stephanie M. Sault. Burial will follow in Union Church Cemetery in Churchville. Active pallbearers will be grandsons and family members. The family will receive friends from 7 until 8:30 p.m. Saturday, July 9, 2011, in the funeral home and other times at the residence. Memorials may be made to Central United Methodist Church, P.O. Box 953, Staunton, VA 24402.

The family of BARBARA LEE REID created this Life Tributes page to make it easy to share your memories.

Send flowers to the REID family.