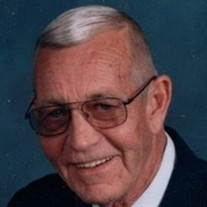 BOBBY L. HALL STAUNTON, VA Bobby Lee Hall, 77, husband of Shirley (Moomau) Hall, of Staunton, died Sunday, July 21, 2013, at Augusta Health, Fishersville. He was born May 9, 1936, in Richmond. Mr. Hall served in the U.S. Navy and later transferred to the Army National Guard where he retired after 26 years. Prior to retirement, he was a candy salesman for Lifesavers, Beechnut and Nabisco. He enjoyed hunting, fishing and spending time with his family. In addition to his wife of nearly 57 years, family members include three daughters and sons-in-law, Joannie and David Kramer, Connie and Daryl Harper, and Ginger and Eddie Toman; a brother and sister-in-law, David and Judy Bailey; a sister and brother-in-law, Brenda and Bill Spencer; four grandchildren, Stephanie Toman, Jakob Toman, Ariel Harper and Dylan Kramer; and a great grandson, Cameron Lifghtfoot. He was preceded in death by his mother, Vernie Mae Hall Bailey. A graveside service will be conducted at 1 p.m. Monday, August 5, 2013, in Oak Lawn Mausoleum and Memory Gardens by the Army National Guard. The family will receive friends from 6 until 8 p.m. Wednesday, July 31, 2013, at his daughter's residence, 34 Hillandale Drive, Staunton. In lieu of flowers, memorials may be made to a charity of your choice.

The family of BOBBY LEE HALL created this Life Tributes page to make it easy to share your memories.

Send flowers to the HALL family.