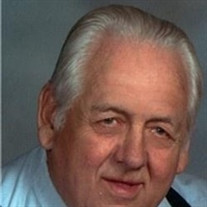 BOBBY L. MANLEY STAUNTON, VA Bobby Lee Manley, 78, husband of Madeline (Brock) Manley, of 325 Mary Gray Lane, died Thursday, July 19, 2012, at his residence. He was born April 13, 1934, in Staunton, a son of the late Charles and Virginia (Hagee) Manley. Mr. Manley was a veteran of the U. S. Army. Prior to retirement, he was employed as by Genesco with 35 years of service. He was a member of St. Paul's United Methodist Church and the Disabled American Veterans in Waynesboro. In addition to his wife, family members include two daughters, Terri M. Henderson and her fiancé, Don Lilley, of Staunton and Patti A. Butler and her fiancé, Rickie Graves, of Stuarts Draft; a step-daughter, Angela K. Waybright; a sister and brother-in-law, Virginia and Phil Painter of Staunton; a sister-in-law, Libby Manley; two grandchildren, Hailey and Alivia Waybright; a number of nieces and nephew; and best friends, his dog, Sammy, and Roger Eagle. He was preceded in death by a brother, Charles Manley, Jr. A private graveside service will be held. The family will receive friends from 7 until 8 p.m. Sunday, July 22, 2012,in the Henry Funeral Home. Memorials may be made to Hospice of the Shenandoah, P.O. Box 215, Fishersville, VA 22939.

The family of BOBBY LEE MANLEY created this Life Tributes page to make it easy to share your memories.

Send flowers to the MANLEY family.