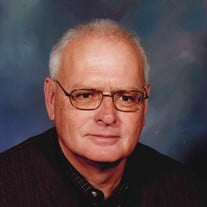 Calvin Frank Swisher, 74, husband of JoAnn (Long) Swisher, passed away Sunday, August 15, 2021 at Shenandoah House of Augusta Health. Mr. Swisher was the son of Calvin H. Swisher and Ileen (Lilley) Swisher, born February 25, 1947 in Staunton. He graduated from Riverheads High School Class of 1965 and Virginia Tech Class of 1969, and later earned a Master’s Degree in Education from the University of Virginia. He dedicated his entire teaching career of more than 50 years to the students of Buffalo Gap High School where he taught Geometry and Pre-calculus. Mr. Swisher was a man of high principles and a strong sense of integrity. His desire for students to succeed was often rewarded when former students returned to praise his teaching skills and express gratitude for the impact his guidance had made in their lives. In addition to his parents, Frank was preceded in death by his son-in-law, Samuel Max McGhee. Surviving to cherish his memory are his wife of 53 years, daughter Jessica Ann (Swisher) McGhee, granddaughter Abigail Jo McGhee, brother Rodger Swisher and wife Janet, nephew Shawn Swisher and wife Melissa, great niece Mallory Swisher and his loyal golden retriever, Bentley. Golfing provided Frank with many years of pleasure and lasting friendships with golfing buddies Dennie Pierce, Larry Hull, Steve Kyle, and the late Ron Wilkerson. A Memorial service conducted by Pastor Jesse Moffitt will be held Saturday, August 21, 2021 at 11:00 am at Christ United Methodist Church, 1512 Churchville Avenue, Staunton. The family will receive friends at a reception following the service in the church social hall. Memorial contributions can be made to the Buffalo Gap High School Sportsman’s Club, Attention: A. Michael, 1800 Buffalo Gap Hwy, Swoope, VA 24479.

The family of C. Frank Swisher created this Life Tributes page to make it easy to share your memories.

Send flowers to the Swisher family.