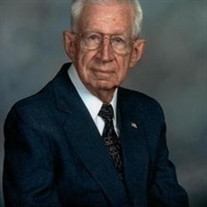 CARL W. FULWIDER, SR. STAUNTON, VA.. Carl William Fulwider, Sr., 92, widower of Evelyn Hurshall (Skelton) Fulwider, of 1410 North Augusta Street, died Friday, April 20, 2012, in King's Daughters' Nursing and Rehab Center. He was born November 4, 1919, in Staunton a son of the late James William and Bessie Lillian (Hughes) Fulwider. He was a graduate of Dunsmore Business College. Mr. Fulwider was a U.S. Air Force veteran bomber pilot, and on his return, continued to run the family business (Fulwider's Garage, Towing, and the Desoto-Plymouth Car Dealership) for a number of years, along with his brother (Clarence A. Fulwider). After selling the family business, he eventually worked for and retired from the Virginia Department of Highways as a Right of Way Agent and Review Appraiser. Prior to retirement, he was employed by the Virginia Department of Highway with 21 years of service. He was past president of the Staunton Exchange Club, a charter member of the Waynesboro/Staunton Antique Car Club, and a national member of Antique Auto Club of America. He was a lifetime member of St. Paul's United Methodist Church. During his life time he enjoyed round and square dancing, eventually becoming a dance instructor and caller. His love for restoring antiques and making furniture was also a life long hobby. For years, he hand lettered the individual names all of the Robert E. Lee High School graduates diplomas in Old English. He spent countless hours restoring a 1917 Buick Roadster that had been handed down by his father, and a 1952 Desoto, both of which took many show ribbons. Fulwider's Garage for years maintained the Pierce Arrow which belonged to President Woodrow Wilson, and he once drove the old car in Staunton for the 100th year anniversary Festival Parade, recognizing the former president's birth. His love for all music and dancing kept him alive and well during his final years. Lastly, he loved to fish and camp on the Chesapeake Bay, the Eastern Shore, and spending time with his family on Lake Gaston, NC. He eventually retired to Brightview/Baldwin Park, and enjoyed living with many of his former friends. The family wishes to express sincere family gratitude to the staff and residents of Baldwin Park for their caring. Also, personal thanks to Catherine Snyder, Dixie Reed, Stuart Allen, Owen Harner, and the Home Instead Caregivers. Family members include a son and daughter-in-law, Carl W., Jr., and Beverly D. Fulwider of Mechanicsville; a brother and sister-in-law, Glenn and Rosie Fulwider of Staunton; two grandchildren, James William Fulwider of Mechanicsville and Jennifer Lee Fulwider Holsten of Richmond; two great grandchildren; and two nieces, Bobbye T. (Fulwider) Cohen of Charlottesville and Melody (Beam) Whitesell, formerly of Staunton, Virginia. A graveside service will be conducted at 1:00pm, Tuesday, April 24, 2012 in Thornrose Cemetery by the Rev. Russell L. Heinrich. Active pallbearers will be Owen Harner, Metro Oleska, H. Roller Shipplett, Stuart Allen, and Hunter Richardson. The family will receive friends from 2p.m. to 4p.m. and 6p.m. to 8 p.m. on Monday, April 23, 2012 in the Henry Funeral Home. Memorials may be made to the Shenandoah Valley Chapter Alzheimers Association, P.O. Box 310, Harrisonburg, Va 22801.

The family of CARL WILLIAM FULWIDER, SR. created this Life Tributes page to make it easy to share your memories.

Send flowers to the FULWIDER, family.