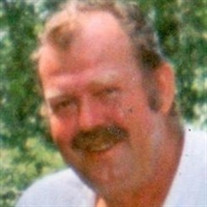 COY L. BROOKS STAUNTON, VA Coy Leonard Brooks, 72, of 2415 Bare Street, Staunton, died Sunday, September 15, 2013, at his residence. He was born February 5, 1941, in Augusta County, a son of the late Marvin and Helen (Hite) Brooks. Prior to retirement, Mr. Brooks was employed by the City of Staunton. He was a member of Linden Heights Baptist Church. He was a member of the Staunton Moose Lodge and the Staunton Eagles. Family members include two sons and a daughter-in-law, Dwight Botkin of Dayton and Michael and Diane Bosserman of Shenandoah; a daughter and son-in-law, Angela Huntley and Timothy Earhart of Louisa; a brother and sister-in-law, Donnie and Patsy Brooks of Staunton; three sisters and a brother-in-law, Doris Bryant of Montebello, Sandy and Bennie Taylor of Staunton, and Linda Brooks of Staunton; eleven grandchildren; two great grandchildren; and a special aunt, Pauline Bradley. He was preceded in death by a brother, Walter Brooks; a half-sister, Phyllis Nadine Whittenhall; and a niece, Tammy Lynn Taylor. A funeral service will be conducted at 11 a.m. Thursday, September 19, 2013, in Linden Heights Baptist Church by the Rev. Luke Smith. Burial will follow in Mt. Carmel Presbyterian Church Cemetery. Active pallbearers will be Richard Powell, Roy Ayers, Butch Atkins, and his grandsons. Honorary pallbearers will be his many campground friends. The family will receive friends from 7 until 8:30 p.m. Wednesday, September 18, 2013, in the Henry Funeral Home. Memorials may be made to the Linden Heights Baptist Church, 371 Linden Drive, Staunton, VA 24401.

The family of COY LEONARD BROOKS created this Life Tributes page to make it easy to share your memories.