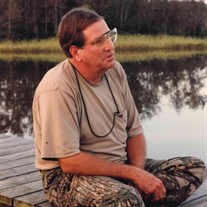 Charles S. Hunter, III, 78, died on June 24, 2021 at Brightview Baldwin Park, Staunton, VA. Mr. Hunter was born in Staunton, VA on April 21, 1943, the son of the late Charles Strickler and Nellie Crass Hunter. He graduated from Virginia Episcopal School, Lynchburg, Virginia and attended University of Virginia, Charlottesville, Virginia. He is survived by his wife of 45 years, Barbara Meredith Hunter, two nieces and numerous great-nieces and nephews. Mr. Hunter served on the Board of Directors of United Virginia Bank/National Valley, now Suntrust Bank, for more than 40 years. He was a Life Sponsor and Benefactor of Ducks Unlimited and served as Virginia State Chairman for eight years and National Shooting Chairman for four years. Mr. Hunter was a lifetime member of NRA and a lifetime sponsor of Virginia Department of Game & Inland Fisheries. In addition, he was a member of the Staunton Elks Lodge #351 for 58 years and was greatly instrumental in the growth and construction of the present Shenandale Gun Club. He served on the Board and several committees of the SPCA and supported many local charities along with his sister, Barbara H. Grant. In addition, he donated land to the Swoope Volunteer Fire Department and land for the SPCA Shelter. Charlie was an avid duck hunter and enjoyed spending many hours with his “hunting buddies” including his four-legged friends at his farms in West Augusta and King William, Virginia. In addition, he raised donkeys and mules with his wife, Barbara, at their farm in West Augusta. A graveside service will be held at 10 a.m. Tuesday, June 29, 2021 in Thornrose Cemetery. In lieu of flowers, memorials may be made to the Augusta Regional SPCA, P.O. Box 2014, Staunton, VA 24401. Henry Funeral Home is handling the arrangements.

The family of Charles S. Hunter III created this Life Tributes page to make it easy to share your memories.

Send flowers to the Hunter family.