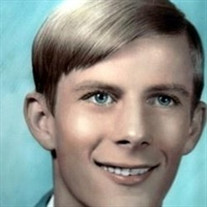 DAVID D. TYREE STAUNTON, VA... David Daniel "Dan" Tyree sang his way into heaven on Monday, December 19, 2011 surrounded by his loving family. Dan was a devoted husband, father, grandfather, musician, friend, and second father. Dan never met a stranger, and performed many selfless acts out of the goodness of his heart. He lifted everyone's spirit when in his presence and brought never ending joy and laughter to so many people, by putting a smile on everyone's face. He was born January 13, 1947, in Staunton a son of the late David Henry and Alta Beryl (Clifton) Tyree. Dan is survived by his loving wife of 41 and a half years, Mary Elizabeth Peterson Tyree, two children, Paula Denise Tyree and Joseph Shawn Tyree, five grandchildren, Chandler Snyder, Henry Tyree, Danielle Aldridge, Graeson Tyree and Ethan Aldridge, two sisters, Faye Shaver and husband Rev. Eugene Shaver of Staunton, and Barbara Malloy and husband Jarlath Malloy of Florida. Dan also leaves behind a sisters and brothers in law, Barbara and Bill Eberts of Staunton and James and Janet Sue Peterson of Weyers Cave, as well as many loving nieces and nephews, his beloved chocolate lab, Ginger, and his brotha from another motha, Gary Swats and family. Dan was an avid musician of 50 years and blessed many people with his unique voice and energy while on stage. He played in the bands: The Fabulous Teen Beats, Dr. Tuttle's Anatomy Lesson, Soul Supply, Life, Staxx, Thumper, Flashback, Gruv Digrs, BENT, and most recently Maybe Tomorrow. Dan also shared the stage with many notable acts such as The Ides of March, The Statler Brothers, Sha-Na-Na, The Coasters, The Shondells, and The Rhondels. Dan worked for 27 years at Rule Honda, where he was a "salesman extraordinaire", and most recently he drove bus 111 for Augusta County Schools where he filled the children's hearts with laughter. He was a member of the Elks, The Club at Ironwood, and a Deacon at Second Presbyterian Church of Staunton. Besides partaking in numerous activities and clubs, Dan had such a passion and love for his family whether at home, or on the river while fishing or floating the Jackson. His family brought a smile to his face, and he always knew how to make them laugh. A family and friends visitation will take place Wednesday, December 21, 2011 at Henry Funeral Home (www.henryfuneralhome.net) in Staunton from 6-8p.m.. The Memorial Service will take place Thursday, December 22, 2011 at 11:00 a.m. at Emmanuel Church of the Brethren. The church is located on 411 Emmanuel Church Road, Mount Solon, Va. In lieu of flowers the family strongly encourages everyone to take action on the Pancreatic Cancer Research & Education Act (S. 362) by contacting your local Congressman to express your support. You can find this information at www.capwiz.com/pancan.

The family of DAVID DANIEL TYREE created this Life Tributes page to make it easy to share your memories.

Send flowers to the TYREE family.