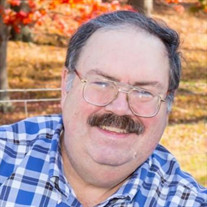 David Randall Hickey, 68, passed away suddenly, Friday, February 12, in his Staunton home. Eldest of three children born to Raymelle and Glenn Hickey, July 21, 1952, in Glen Burnie, Md where he grew up. Dave excelled scholastically, graduating from Virginia Military Institute in 1974. It was during this time he met his wife of 46 years, Linda Riley Hickey. Dave and partners owned Blue Ridge Appraisal company for several years before he branched out into his own firm, Blue Ridge Mass Appraisal, from which he retired. In addition to his business, he was an avid reader, history buff, and pilot. An active supporter of his sons’ sports and 4-H activities, he also doted on his grandsons who called him Pop-Pop. Dave was preceded in death by his parents and oldest son, William Scott. In addition to his wife, he is survived by his son, Matthew (Stacie); Grandsons, Scott and Garrett; Sister, Beverly Gail (Bruce) Dudek; brother, Neil of Valparaiso, IN; and uncle, Tom (Joan) Hickey of St. Louis, MO. A funeral service will be conducted at 2:00 p.m. on Monday (February 22, 2021) at St. Paul’s United Methodist Church by the Rev. Ryan Oswald. Burial will follow in Hebron Presbyterian Church Cemetery. In lieu of flowers the family encourages contributions to be made to The VMI Foundation in honor of David Randall Hickey, VMI Alumni Agencies, Moody Hall, 304 Letcher Avenue, P. O. Box 932, Lexington, VA 24450 or [email protected] Henry Funeral Home is handling the arrangements.

The family of David R. Hickey created this Life Tributes page to make it easy to share your memories.

Send flowers to the Hickey family.