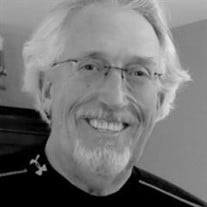 Douglas Wayne Hahn, 69, husband of Donna (Swink) Hahn, of Staunton, died Thursday, June 17, 2021, at Sentara RMH Medical Center, Harrisonburg. He was born December 11, 1951, in Staunton, a son of the late Howard Newton, Sr., and Clarise Mildred (Dawson) Hahn. Mr. Hahn was a veteran of the U.S. Navy during the Vietnam era. Doug an owner/partner for H & S Gulf Station and Swinks Pool Company, then later retired from Nordic Hot Tub as regional sales manager. He was a proud member of the NRA. He loved motorcycles, especially Harley Davidson and Indian. He was an avid car enthusiast, having attended the BMW driving school where he won the rat race. He also participated in the Richard Petty driving experience at Charlotte Motor Speedway. Doug enjoyed traveling, playing golf, chess, and he loved his fur kids, Zarra and Deuce. In addition to his wife, family members include a son, Clifford Lee Hahn of Staunton; a daughter, Chelsea Leigh Hahn and her fiancé`, Lucian Tyson of Los Angeles, CA; a brother and sister-in-law, Howard N. Jr., and Zanette S. Hahn of Harrisonburg; a grandchild, McKenzie Brooke Hahn of Stuarts Draft; his mother-in-law, Ruth Swink of Staunton; and aunt, Winona Forrester of Orlanda, FL; and a number of aunts, uncles, and cousins. A memorial service will be conducted at 10 a.m. Wednesday, June 23, 2021 in the Henry Funeral Home Chapel by the Rev. Robin Martin. The family will receive friends from 6 until 8 p.m. Tuesday, June 22, 2021, in the funeral home. Memorials may be made to the Staunton Augusta Rescue Squad, 1601 North Coalter Street, Staunton, VA 24401 or to the Staunton Fire Department, 302 Grubert Ave., Staunton, VA 24401, or to the Wounded Warrior Project, P.O. Box 758516, Topeka, KS 66675-8516. Condolences may be sent to the family at www.henryfuneralhome.net.

The family of DOUGLAS WAYNE HAHN created this Life Tributes page to make it easy to share your memories.

Send flowers to the HAHN family.