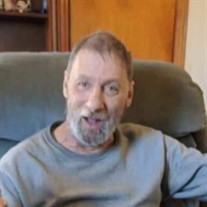 Earman “Ernie” Eugene Reed, 65, died on Sunday, September 5, 2021 at his residence. Mr. Reed was born in Staunton on May 21, 1956 to the late Bill and Dora (Fox) Reed. Earman was a RV mechanic for over 40 years. He attended Faith Christian Church and was a member of the Staunton Moose. He was an avid hunter, fisherman, and Nascar fan and loved riding in the mountains. He is survived by a son, Jonathan Reed; a daughter, Chasity Reed; a brother, Willis Reed; a sister, Zane Roadcap; three grandchildren, Tamra Hunt, William Santiago, and Jordan Reed; two great grandchildren, Ashlyn Hunt and Bentley Hunt; and a number of special friends. In addition to his parents, he is preceded in death by two brothers, James Craig and Eddie “Skeeter” Reed. A funeral service will be conducted on Thursday, September 9, 2021 at 10:00 A.M. at Faith Christian Church. The family will receive friends one hour prior to the service in the church. Burial will follow at Augusta Memorial Park. Active pallbearers will be William Santiago, Glenn Howard, Jordan Reed, Jerry Weaver, Eric Elkins, and Travis Hunt. Memorial donations may be made to the Augusta SPCA at 33 Archery Ln, Staunton, VA 24401. Henry Funeral Home is handling the arrangements. Condolences may be sent to the family at www.henryfuneralhome.net.

The family of Earman E. Reed created this Life Tributes page to make it easy to share your memories.

Send flowers to the Reed family.