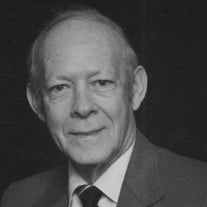 George Coulon Davis, 90, of 42 Hunters Lane, went to be with the Lord Saturday, December 14, 2019. He was born in Tazewell on August 1, 1929, to the late James L. Davis, Sr. and Lois (Colley) Davis. He retired from Smith’s Transfer Corp. with 34 years of service and was a member of Teamsters Local 29. In addition to his father and mother, he was preceded in death by his wife of 64 years, Bertha M. (Bales) Davis and a brother, James L. Davis, Jr. He is survived by two children, Jerry D. Davis and wife, Sheila of Augusta Springs and Brenda D. Cason and husband, Stuart of Staunton; three grandchildren, Nick D. Davis and wife, Della of Augusta Springs, Lori Alison Dean of Grottoes, and Ritchie L. White and wife, Darlene of Staunton; six great grandchildren, Meghan and Hannah Davis, Tristan, Myranda, Bella and Dylan White; one brother, Walter Davis of Princeton, WV; three sisters; Marian Shatley of Filbert, WV, Edith Dickenson of Hayes, VA and Carol Atkinson of Melbourne, FL; and our beloved family pet, Buddy. A special thanks to Hospice of the Shenandoah. A private graveside service will be held. Friends may call at the residence from 6 until 8 p.m., Monday, December 16, 2019.

The family of George C. Davis created this Life Tributes page to make it easy to share your memories.

Send flowers to the Davis family.