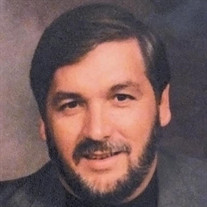 Glenn Huffman Skelton, 69, husband of Linda Back Skelton, of Swoope, VA, passed away on October 31, 2021, at Augusta Health, after a battle with cancer, following complications from pneumonia. Glenn was born on November 22, 1951, in Rockingham County, VA, a son of the late George H., Sr. and the late Faye (McCray) Skelton. Glenn was a graduate of Buffalo Gap High School, Class of 1971. Prior to retirement, he was employed in trucking for 44 years with William Edwards, Inc. and Lawrence Transportation. Glenn was a member of Glossbrenner United Methodist Church in Churchville, VA. Glenn was an avid farmer and helped many children, including his own nieces and nephews over the years raise livestock and prepare for the Augusta County Market Animal Show. In 2014, the 69th Annual Market Animal Show was dedicated to Glenn. He was also a founding member of Virginia Club Calf Producers, LLC, that holds livestock shows and sales, where he held the office of treasurer and was also a past President. In addition to his parents, Glenn was preceded in death by his father and mother in-law, John and Nancy Back, sister in-law, Barbara Truxell, and grandmother in-law, Frances Malcolm. In addition to his wife, he is survived by his many “kids”, who consisted of in-laws, Pat Back Lyle, JW Back, Jr., and Judy Back Eye and husband Todd Eye, and Joe Truxell as well as numerous nieces and nephews, Clint and Aimee Lyle, Colt and Ashley Lyle, Jami and Thomas Wright, Jodie Truxell, Brittany Truxell, Josh and Emily Back, Jacob and Sierra Back; numerous great nieces and nephews, Judd Lyle, Lindsay and Madison Lyle, Jordyn Hoffman and Calvin Wright, III, Dylan, Mason and Logan Truxell, Owen and Knox Back. Also surviving are his siblings George Skelton, Jr., Riley Joe and Betty Skelton, and Joyce and Doug Lam; nieces and nephews Mike and Shaina Lam and their children, Austin and Alex; Caleb Lam; Vicky, Joey and Nathan Skelton. Special cousins, Raymond and Freddie McCray, and uncle Finley McCray, and aunt Ferraba Winegard. Glenn’s special friends included Jimmy Brown and his family, Donna, Alex, Jenni, and Kemper; also, Kenny and Julie Hawkins. The family will receive extended family and friends on Friday, November 5, 2021, from 9:30 AM – 11:00 AM at Henry Funeral Home and after the burial service at the residence of Colt and Ashley Lyle located at 232 Buffalo Branch Lane Swoope, Virginia 24479. A funeral service will be conducted following the visitation on Friday, November 5, 2021, at approximately 11:00 AM at the Henry Funeral Home Chapel. Burial will follow at Oak Lawn Mausoleum and Memory Gardens. In lieu of flowers, donations can be made in Glenn’s memory to Augusta County 4-H & FFA Market Animal Show and Sale. Mailing address: 4-H & FFA MAS PO Box 2841 Staunton, VA 24401.

Glenn Huffman Skelton, 69, husband of Linda Back Skelton, of Swoope, VA, passed away on October 31, 2021, at Augusta Health, after a battle with cancer, following complications from pneumonia. Glenn was born on November 22, 1951, in Rockingham... View Obituary & Service Information

The family of Glenn H. Skelton created this Life Tributes page to make it easy to share your memories.

Glenn Huffman Skelton, 69, husband of Linda Back Skelton, of...

Send flowers to the Skelton family.