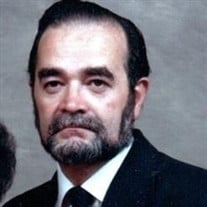 HAROLD HEIZER GREENVILLE, VA Harold Hayes Heizer, 69, husband of Sandra Thompson Heizer, of 17 Spottswood Road, died Thursday, October 18, 2012, at his residence. He was born September 19, 1943 at Fort Benning, GA a son of the late Twyman Hogue and Claudine (Huffman) Heizer. Prior to retirement, Mr. Heizer was employed by G.E. and later Genicom. He was a lifetime member of Mt. Carmel Presbyterian Church. He was a member of the Augusta County Train Club, a life member of the Augusta Steam and Gas Club, was a Scout Master of the Stonewall District Boyscouts, was a reinactor for the Fifth Virginia Company E and Sons of the Confederacy, and was in two movies, "The Love Letter" and "God and Generals. In addition to his wife, family members include a daughter and son-in-law, Sabrina and Jeff Brooks of Raphine; a son and daughter-in-law, Heith and Tina Heizer of Staunton; a daughter and son-in-law, Michelle and Shad Hannabass of Roanoke; a step-mother, Frances Heizer of Greenville; six step-sisters, Ann and Richard Humphries, Phyllis and Melvin Hays, Judy Strickler, Linda and Roger Harris, Ruth and Wayne Varner, and Carolyn and Wayne Brown; and five grandchildren, Taylor, Kristin, and Brandon Heizer and Zoe and Zachary Hannabass. He was preceded in death by a brother, Twyman H. Heizer, Jr. and a sister, Jane Ewell Heizer. A funeral service will be conducted at 2 p.m. Sunday, October 21, 2012, in Mt. Carmel Presbyterian Church by the Rev. Kerry Foster. Burial will follow in the Church cemetery. Active pallbearers will be Douglas Layman, Eric Ramsey, Robbie Huffman, Randy Huffman, Larry Thomas Heslep, and Tom Watkins. The family will receive friends from 4 until 6 p.m. Saturday, October 20, 2012, in the Henry Funeral Home. Memorials may be made to Raphine Volunteer Fire Department, P.O. Box 142, Raphine, VA 24472, to the Fairfield Volunteer Rescue Squad, P.O. Box 136, Fairfield, VA 24435, or to the U.V.A. Huntington's Clinic.

The family of HAROLD HAYES HEIZER created this Life Tributes page to make it easy to share your memories.

Send flowers to the HEIZER family.