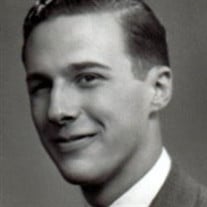 RAY HOUSER STAUNTON, VA Ray Houser, 85, widower of Elizabeth (Norcross) Houser, of 1609 North Augusta Street, died Wednesday, May 30, 2012, at his residence. He was born April 8, 1927, in Spottswood, the third son of the late Walter Kenneth, Sr., and Annie Odell (Mays) Houser. He was quite active in community affairs. Prior to retirement, Mr. Houser was self-employed. He was a vending machine operator, a free-lance broadcaster, a professional finder and lister, a musician, and an entertainer. He was the oldest continuing broadcaster in the state of Virginia. He was a member and served on the boards of several civic and community organizations. He was also an officer and served on the boards of two corporations. His hobby was trying to make people happy. He was a member of St. Paul's United Methodist Church where he served as pianist for his Sunday school class since May 1952. He also attended the Staunton Salvation Army Church where he served as pianist and organist since 1980. In addition to his wife of 44 years, he was also preceded in death by two brothers, Lyle Carson Houser and Walter Kenneth "Pete" Houser, Jr. He was also preceded in death by his partner of 54 years, Pop Butler. Family members include a daughter, Linda Raye (Houser) Kelm of Charlottesville; a son, Donald Ralston Houser of Staunton; a special friend, Jean F. Bowman of NC; and a number of cousins, nieces, and nephews. A funeral service will be conducted at 11a.m. Monday, June 4, 2012,in Old Providence ARP Church by the Rev. H. Max Bolin, Rev. G. Jeffrey Allen, and Major Sam Hearn. Burial will follow in the Church Cemetery. The family will receive friends from 5 until 9 p.m. Sunday, June 3, 2012,in the Henry Funeral Home. In lieu of flowers, it is suggested that memorial contributions be made to the charity of one's choice, to the Virginia Alumni Association for the Blind, to the Staunton Lions Club, or to the Salvation Army. Ray Houser's summary on his life was, "BEEN THERE AND GONE, HAD A GOOD TIME!"

The family of HAROLD RAY HOUSER created this Life Tributes page to make it easy to share your memories.

Send flowers to the HOUSER family.