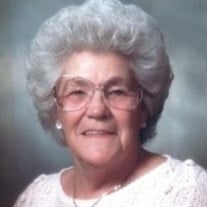 HELEN J. TANKESLEY STAUNTON, VA Helen (Johnson) Tankesley, 89, widow of Alfred G. "Dutch" Tankesley of 2834 Middlebrook Road, passed away Tuesday, August 28, 2012, at Augusta Health, Fishersville. She was born August 10, 1923, in Augusta County, a daughter of the late Taz V. and Marie (Eutsler) Johnson and step-mother, Bessie E. Johnson. Helen graduated from Middlebrook High School in June 1943, then went to work at E. I. DuPont for three months during World War II and the military music got in her bones and she joined the Navy, trained at Hunters College, New York for thirteen weeks, was sent to Washington, DC and worked in the Bureau of Ships Navy Department as a secretary for an Admiral. Helen served 28 months in the Navy, attended Dunsmore Business College, worked at the Valley News Agency as a secretary. She met Alfred "Dutch" Tankesley, and married in 1947, raised two sons and a daughter. Helen was a charter member of the Woodrow Wilson Lioness Club and the Staunton Lions Club. She served as President for the Lioness Club for two years, served on many committees in both clubs. She was the vice president for the Volunteer Services at Western State Hospital for several years; was president and life member of the VFW Ladies Auxiliary Post 2216, was a member of the American Legion, worked for American Safety Razor for 31 years and served as a secretary for ASR retirees for seventeen years. Helen kept busy after she retired. She was a member of the Red Hat Society and did some traveling. She loved her children, her family, lending a helping hand, greeting people with a smile. She loved flowers and working with her flowers in the house and outside, starting in the spring. She was a member of Bethel Presbyterian Church and attended Destiny Family Center. She was baptized at Ridgeview Baptist Church. In addition to her husband, she was preceded in death by two sons, Rocky and Robert; three sisters, Lillian Miller, Mary Lee Biagini, Juantia Fridley; three brothers, Johnny Johnson, Richard Johnson, and Leroy Johnson. Family members include a daughter, Debra; three brothers and sisters-in-law, Handsford and Pearl Johnson, David and Helen Jane Johnson, John and Ann Johnson; five sisters, Ann Johnson, Viola Heson, Irene Cromer, Virginia Ruppture, and Dorothy Benner; a brother-in-law, Eddie Fridley; and several nieces and nephews. A funeral service will be conducted at 11 a.m. Saturday, September 1, 2012, in the Henry Funeral Chapel by the Pastor Chuck Balsamo. Burial will follow in Oak Lawn Mausoleum and Memory Gardens. Active pallbearers will be Steve Hargrove, Eddie Ray and Timmy Fridley, Larry Johnson, Mat Moore, Danny and Timmy Hevener, and David Johnson, Jr. The family will receive friends from 6:30 until 8 p.m. on Friday, August 31, 2012, in the funeral home and other times at the residence. Memorials may be made to the Staunton VFW Post 2216, P. O. Box 2032, Staunton, VA 24402. The family would like to thank Dr. Rob Marsh for his expertise and guided hands through God.

The family of HELEN HATTIE TANKESLEY created this Life Tributes page to make it easy to share your memories.

Send flowers to the TANKESLEY family.