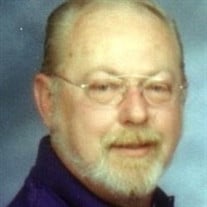 HENRY R. LAWHORN, JR. STAUNTON, VA Henry Ronald Lawhorn, Jr., 62, husband of Elizabeth (Myers) Lawhorn, of 825 Fisher Circle, died Sunday, November 20, 2011, at his residence. He was born March 29, 1949, in Raphine, Virginia a son of Rita Virginia (Deaver) Lawhorn of Fishersville and the late Henry Ronald Lawhorn, Sr. Prior to retirement, Mr. Lawhorn was employed by American Safety Razor with 33 years of service. He was a lifetime member of the Augusta County Fire Department, was a reserve deputy sheriff for Augusta County, a certified EMT and first responder, and a volunteer to the Staunton Augusta Rescue Squad. He was an avid bowler and hunter, and loved antique cars. He was a member of Greenville Baptist Church. In addition to his wife of 44 years and mother, family members include two daughters and sons-in-law, Susan and Granvill Carter of Verona and Virginia and Guy Carter of Staunton; and three grandchildren, Tyler Andrew Carter, Mary Elizabeth Carter, and Sarah Catherine Carter. A funeral service will be conducted at 10 a.m. Wednesday, November 23, 2011, in the Henry Funeral Home Chapel by the Rev. Jamie McClanahan. Burial will follow in Mt. Carmel Presbyterian Church. The family will receive friends from 7 until 8:30 p.m. Tuesday, November 22, 2011 in the funeral home and other times at the residence. Memorials may be made to the Hospice of the Shenandoah, P.O. Box 215, Fishersville, VA 22939.

The family of HENRY RONALD LAWHORN, JR. created this Life Tributes page to make it easy to share your memories.

Send flowers to the LAWHORN, family.