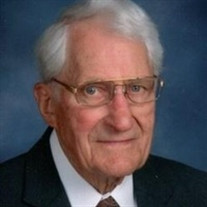 HOWARD L. COLLINS STAUNTON, VA.. Howard Lindbergh Collins, 85, widower of Norma Jane Gwin Collins of Staunton died December 13, 2012 in Churchville while attending his Ruritan Club meeting. He was born in Churchville on May 24, 1927, son of the late Roy Nicholas and Mary Ervine (Rawley) Collins. On June 25, 1950, he married his wife in Salem Evangelical Lutheran Church and they resided in Mount Sidney and Hopewell prior to making their home in Staunton in 1954. Mr. Collins graduated from Churchville High School and Dunsmore Business College, and he was a veteran of the United States Army. After his service to his country Mr. Collins worked for Westinghouse Electric Corporation for 30 years and retired from Mid Valley Press in 1992. Mr. Collins was a member of Salem Evangelical Lutheran Church where he served as treasurer for over 40 years. He was also an active member of the Churchville Ruritan Club for 60 years with perfect attendance for the past 56 years. Mr. Collins was also an avid hunter and fisherman and spent many vacations with his family fossil hunting on the Potomac River. He is survived by his daughters, Susan Parker (Collins) Humphries and her husband Leon, and Karen Lynette (Collins) Clark and her husband Will; four grandchildren, Lynette Hall Humphries, Lyndon Collins Humphries, Katelyn Collins Clark, and Mariah Collins Clark; his sister Dorothy Whitson and her husband Francis "Bud" of Deerfield; his brothers, J. Rawley Collins and his wife Geraldine of Staunton, and Richard "Dick" Collins of Harrisonburg; a special cousin, Eleanor Wagner of Staunton; and numerous nieces and nephews. In addition to his parents, he was preceded in death by his brother, Jared N. Collins. A funeral service will be conducted at 11:00 a.m. Monday, December 17, 2012 at Salem Evangelical Lutheran Church with Rev. Christopher D. Carr officiating. Burial will follow in the church cemetery. Active pallbearers will be Nick Collins, Ken Whitson, Dennis Whitson, Jimmy Todd, Glenn Wood, Cecil Wright, Warren Wise, Bill Chafin, and Doug Ocheltree. Honorary pallbearers will be Members of the Churchville Ruritan Club. The family will receive friends from 4:00 until 6:00 p.m. Sunday, December 16, 2012, in the Henry Funeral Home. In lieu of flowers, memorial remembrances may be made to the Salem Evangelical Lutheran Church, Building Fund, 417 Salem Church Road, Mount Sidney, VA 24467 or to the Churchville Ruritan Club, P.O. Box 24, Churchville, VA 24421.

The family of HOWARD LINDBERGH COLLINS created this Life Tributes page to make it easy to share your memories.

Send flowers to the COLLINS family.