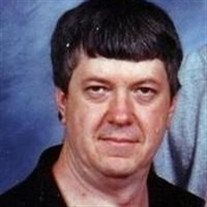 JAMES S. LOSH SWOOPE, VA James Stanley Losh, 56, husband of Connie (Buchanan) Losh, of 1304 Buffalo Gap Highway, died Friday, April 29, 2011, at Shenandoah House, Fishersville. He was born February 11, 1955, in Staunton a son of Lula (Armstrong) Losh of Swoope and the late Stanley H. Losh. Prior to retirement, Mr. Losh was employed by Unifi and Alcoa. He was a member of Jerusalem Chapel United Brethren Church. In addition to his wife and mother, family members include a son, Joshua K. Losh of Swoope; two daughters and a son-in-law, Wendy and Stacy Riley of Deerfield and Rebecca D. Losh of Staunton; a brother, Dennis W. Losh of Waynesboro; a sister and brother-in-law, Susie and Harry Griffin of Swoope; three grandchildren, Jacob Riley, Tucker Bell, and Lily Losh; and a number of nieces and nephews. A funeral service will be held at 2 p.m. Tuesday, May 3, 2011, in Jerusalem Chapel by the Rev. Dennis Sites. Burial will follow in the Church Cemetery. Active pallbearers will be Stacy Riley, Jacob Riley, Harry Griffin, Tom Ailer Honorary pallbearers will be members of the Messenger Sunday School Class. The family will receive friends from 6:30 until 8:30 p.m. Monday, May 2, 2011 in the Henry Funeral Home and other times at the residence.

The family of JAMES STANLEY LOSH created this Life Tributes page to make it easy to share your memories.

Send flowers to the LOSH family.