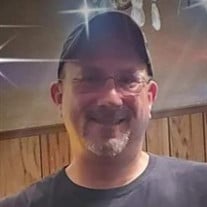 JASON M. NAGEL STANLEY – Jason Murray Nagel, 54, of Stanley, died Tuesday, June 8, 2021 in the University of Virginia Medical Center. He was born December 27, 1966 in New Jersey, the son of Margaret Elaine “Peggy” Wood and the late Charles Murray Nagel II. Jason was a member of St. Paul’s United Methodist Church, and he knew God as his highest power. He was an avid science buff and had a green thumb. Jason was a people person, outgoing, and never met a stranger. He loved his girls and was skilled at many things. Family members include his three daughters, Autumn Marie Nagel, Amelia Grace Nagel, and Kelsey Anne Nagel Field and husband, Matt Field; a sister and brother-in-law, Michele and Reinhard Hinz; Evon Marie Graham; Sue and Roger Graham; Larry Stillwell; and longtime best friend, Tom Godfrey. In addition to his father, he was preceded in death by a sister, Victoria. A memorial service will be conducted at 3 p.m. Saturday June 12, 2021 in the Henry Funeral Home Chapel. The family will receive friends following the service. Memorials may be made to his daughter’s school, McSwain Elementary School, 1101 North Coalter Street, Staunton, VA 24401. Condolences may be sent to the family at www.henryfuneralhome.net.

The family of Jason M. Nagel created this Life Tributes page to make it easy to share your memories.

Send flowers to the Nagel family.