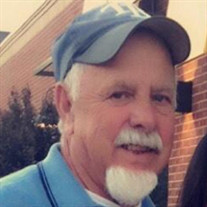 STAUNTON – John “Boogie” Graham, Jr., 76, passed away Monday, October 26, 2020 at Augusta Health due to a ruptured aneurysm. Mr. Graham was born on August 9, 1944 in Deerfield to the late John, Sr. and Mary Margaret (Adkins) Graham. Boogie lived a full life. He was the owner of Graham Logging, worked at Mrs. Rowes Restaurant and was most recently the owner of John’s Bargain Shop. He drag raced his car “Lumberjack” all over Virginia. Boogie was an avid hunter and fisherman and enjoyed antiquing and going to auctions. He was a jokester and never met a stranger, was loyal to the Staunton McDonald’s and was a member of the Staunton Moose Lodge. He had a nickname for all and when you purchased items from his shop he would say, “tell everyone where you got the best deal”. He is survived by three daughters, Lisa Graham Carter of West Augusta, Lynn Graham of Deerfield and Nicole “Nicky” DiGrassie of Staunton; former sons-in-law, Rusty Carter, Andy Cox and Aaron DiGrassie; three siblings, Joyce Orman (Jr) of Afton, Roger Graham of Deerfield, and Mary Lou “Ludy” Stroop (Gary) of Deerfield; two grandchildren, Ashlyn Colvin of Staunton and Alex DiGrassie of Staunton; his ex-wife, Virginia “Mawmaw” Graham; and special friends, Steve Kier, Bobby Snyder, Mike Botkin, Sam McAllister, Steve Spitler, Helen Roberts and Pete Burns. In addition to his parents, he is preceded in death by siblings, Elbert “Bunny” Graham, Violet “Sis” Graham Snyder, Billy Graham and Martin Graham. The family will receive friends on Thursday, October 29, 2020 from 6 until 8 p.m. at Henry Funeral Home. The family would like to express a special thanks to the Augusta Health ICU nurses, especially Kenzi, Christie and Lainey for their extra care.

The family of John "Boogie" Graham Jr. created this Life Tributes page to make it easy to share your memories.

Send flowers to the Graham family.