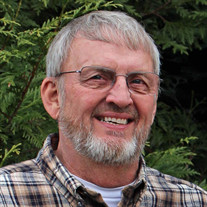 John Nevil Jackson, Jr., 77, husband of Judy Lee (Yowell) Jackson of Staunton, died Wednesday, May 19, 2021 at their home in Staunton. He was born December 2, 1943, in Staunton, a son of the late John Nevil Jackson and Arresta (Baylor) Jackson of Staunton. Mr. Jackson was owner and operator of J & D Automotive Center. He was a former member of Central United Methodist Church. John was a veteran of the U.S. Navy and a graduate from the Richmond Polytechnic Institute. He devoted his life to his automotive business and thoroughly enjoyed time spent with his family and friends, and his motorcycle adventures. In addition to his wife of 42 years, family includes a daughter and son-in-law, Michelle (Jackson) McDaniel and husband, Brian L. McDaniel of Staunton; a son, Christopher Douglas Yowell Jackson of Staunton, and a son by a previous marriage, John Nevil “J.J.” Jackson, III of Waynesboro; two sisters and a brother-in-law, Diane and Robert Porter of Winston-Salem, NC and Jane Ellen Jackson, also of Winston-Salem; three grandchildren, Joslyn, Braeden, and Brielle McDaniel, all of Staunton; also a number of cousins, nieces, nephews, other family, and many friends. He was preceded in death by his parents and his brother, Joseph Maskelyne Jackson. A funeral service will be conducted at 2 p.m. Sunday, May 23, 2021 in the Henry Funeral Home Chapel. The family will receive friends following the service in the funeral home. Condolences may be sent to the family at www.henryfuneralhome.net.

The family of JOHN NEVIL JACKSON JR created this Life Tributes page to make it easy to share your memories.

Send flowers to the JACKSON family.