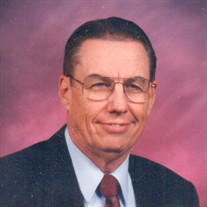 John Chestnut Lindsay, Jr., 88, husband of Norma (Perry) Lindsay, of Waynesboro, went to his eternal rest on Tuesday, August 25, 2020, at his residence. He was born on May 16, 1932, in Florence, South Carolina, a son of the late John C. Lindsay, Sr., and Marie (Baker) Lindsay. He served his country on active duty in 1958 and served ten years as a Captain in the Army Reserve. John graduated from the Georgia Institute of Technology in June of 1956 with a degree in Industrial Engineering. He was a member of Pi Kappa Alpha Fraternity and the American Institute of Industrial Engineers. John was a Senior Engineer with DuPont with 29 years of service and continued his career as a Consulting Engineer. John was an active member of Westminster Presbyterian Church, where he served as a Deacon, Elder, and Trustee. He was also on the Finance Committee and was treasurer of the church from 1994 to 2013. In addition to his wife, family members include two sons and a daughter, David Lindsay of Virginia Beach, Darrell Lindsay and Angelique of Gum Spring, and Teresa Gibbons and Dale of Cape Coral, Florida; a brother, Dr. William and Rebecca Lindsay of Crestview Hills, Kentucky; a sister, Olive and Ronald Lear of Charlottesville; seven grandchildren; 12 great grandchildren; and a great, great grandchild. Norma and John enjoyed 63 wonderful years together. They loved to travel with friends and family and visited many parts of this country and abroad. A graveside service will be conducted at 2 p.m. Sunday, August 30, 2020 in Augusta Memorial Park, Fishersville, VA by the Rev. April Cranford. Memorials may be made to Westminster Presbyterian Church, 1904 Mt. Vernon Street, Waynesboro, VA 22980. https://onrealm.org/WestminsterPres86309/-/give/now The family extends a special thank you to Hospice of the Shenandoah. Henry Funeral Home is handling the arrangements.

John Chestnut Lindsay, Jr., 88, husband of Norma (Perry) Lindsay, of Waynesboro, went to his eternal rest on Tuesday, August 25, 2020, at his residence. He was born on May 16, 1932, in Florence, South Carolina, a son of the late John C. Lindsay,... View Obituary & Service Information

The family of John C. Lindsay, Jr. created this Life Tributes page to make it easy to share your memories.