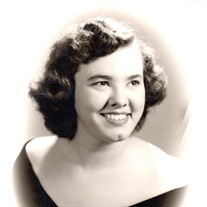 STAUNTON, VA… Thelma Juanita (Christian) Watson, 92, widow of Eugene Watson, died Friday, May 15, 2020 in Kings Daughters Community Health and Rehabilitation Center. She was born on March 28, 1928 in Gary, WV, a daughter of the late Judge Dillard and Grace Etta (Thompson) Christian. Mrs. Watson graduated from William King High School in the class of 1948. She is the last surviving graduate of the school. In 1952 she graduated from Southern Mission College in Collegedale, TN. She was an accountant between the years of 1952 to 1962. In later years she worked as a receptionist for a marketing company. She is survived by four children, David Hunter Castle (Claudia) of Staunton, Floyd Hansel Watson (Melissa) of Tappahannock, Kevin Watson (Tiffany) of Woodstock, and Cynthia L. Watson of Staunton; five grandchildren, Patricia Castle, David Hunter Castle, III, Pamela Slifer, Benjamin Watson, and Thomas Watson; five great grandchildren, Silas, Nicholai, Aylia, Savanah, Althea Marie; and a brother, Sydney Gayle Christian. In addition to her parents and husband, she was preceded in death by a brother, Floyd Goreman Christian in 1940; and a sister, Inez Cathlene Hartman in 1986. A memorial service will be held at a later date. Condolences may be sent to the family online at www.henryfuneralhome.net.

The family of Juanita C. Watson created this Life Tributes page to make it easy to share your memories.

Send flowers to the Watson family.