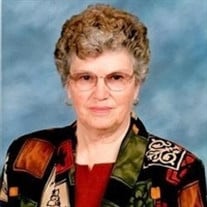 KAY D. WALKER MIDDLEBROOK, VA Kay Phyllis (Norris) Davenport Walker, 84, of 465 McKinley Road, died Monday, February 10, 2014, at her residence surrounded by family and loved ones. She was born February 24, 1929, in Boone, NC, a daughter of the late Paul and Addie (Coffey) Norris. She was a member of Redeemer Lutheran Church. She was an artist and loved birds and flowers. In addition to her first husband, Donald Lee Davenport, she was also preceded in death by her second husband, John Walker; a son, Leland Norris Davenport; and a brother, Stanley Norris. Family members include, three sons and daughters-in-law, two daughters and sons-in-law, Donald Scott and Diana Davenport of McKinley, Alan and Lisa Davenport of Staunton, Gary and Julie Davenport of Mt. Sidney, Pamela Kay and David Ramsey of McKinley, and Donna and Monte Atkins of Greenville; eleven grandchildren; fourteen great grandchildren; two sisters and brothers-in-law, Bonnie and Bernard Hurley of Damascus and Wanda and Tommy Stephenson of Staunton; and a sister-in-law, Judy Norris of McKinley. A memorial service will be conducted at 2 p.m. on Saturday, February 15, 2014, in Redeemer Lutheran Church by the Rev. JoAnn Bunn. A private burial will be held at a later date. The family will receive friends immediately following the service in the church social hall. Memorials may be made to Redeemer Lutheran Church, 6411 Middlebrook Road, Middlebrook, VA 24459 or to the American Cancer Society, 420 Neff Avenue, Suite 210, Harrisonburg, VA 22801. Henry Funeral Home is handling the arrangements.

The family of KAY PHYLLIS WALKER created this Life Tributes page to make it easy to share your memories.

Send flowers to the WALKER family.