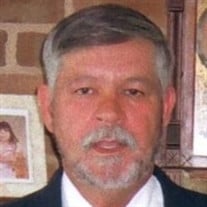 KENNY LANDES VERONA, VA Kenneth "Kenny" Alvin Landes, 60, husband of Brenda Gordon Landes, of 247 Westgate Road, died Wednesday, February 27, 2013 at his residence. He was born on January 4, 1953, in Rockingham County, to Alvin Junior Landes and the late Lary Margaret Landes. Mr. Landes owned Ecowater Systems. He loved hunting, fishing, and camping. He also loved playing with his grandkids. He was a member of Augusta Archery for 16 years and was also a member of the Moose Lodge. In addition to his wife, father, and step-mother, Mary Catherine Landes, he is survived by two sons, Ken Landes and Christina Landes of Verona and Brad Landes and his wife, Kristen; a brother, Roger Landes of Bridgewater; two sisters, Charlene Offenbacker of Staunton and Linda Legg of Bridgewater; four grandchildren, Maddy, Autumn, Trevor, and Annabelle Landes; and several nephews. In addition to his mother, he was preceded in death by a sister, Betty Lou Landes. A memorial service will be conducted at 2 p.m. on Saturday, March 2, 2013 in the Henry Funeral Home Chapel by the Rev. Robert J. Weeks. Family will receive friends from 6 until 8 p.m. on Friday, March 1, 2013 in the Funeral Home. Memorials may be made to the Hope Cancer Center, 57 Beam Lane, Suite 300, Fishersville, VA 22939. The family would like to send a special thanks to the doctors, nurses, and staff at the Hope Center. Condolences may be sent to the family at www.henryfuneralhome.net.

The family of KENNETH ALVIN LANDES created this Life Tributes page to make it easy to share your memories.

Send flowers to the LANDES family.