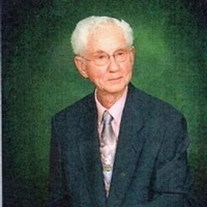 VERONA, VA Lester Allen Wright, 83, of Verona, passed away Saturday, September 7, 2013 at his residence. He is survived by of his loving wife of 63 years, Avis Lewellyn Wright, a daughter and son-in-law, Sharon and Don Flory of Mount Sidney and grandchildren, Candi Kincaid of Staunton, Jenny Boone, and her husband, Jason, of Roanoke, and step-grandson, Derek Flory and his family of Staunton. Other survivors include a nephew Terry Sumey of Stuarts Draft, a niece Teri Sue Sumey of Weyers Cave, an aunt, numerous cousins, and many special friends. Lester was born on March 4, 1930 in Staunton. He served with the U.S. Army during the Korean War, and he worked at Barton Motors as an auto mechanic, at Westinghouse as an inspector, and retired from Woodrow Wilson Rehabilitation Center in Fishersville, where he was an auto mechanics instructor. He was a loyal member of First Baptist Church in Staunton, where he sang in the choir for 62 years. Lester also was an avid NASCAR fan, and he enjoyed camping, hunting, farming and caring for his special dogs. Lester also volunteered for many years as a reserve deputy with the Augusta County Sheriff's Office. The family will receive friends from 2:30 until 3:30 p.m., Tuesday, September 10, 2013, at First Baptist Church in the sanctuary. A celebration of life memorial service will follow at 4:00 p.m., conducted by Dr. Steve Traylor and Rev. Murphy Terry. A graveside service will be conducted earlier at 11:00 a.m. at Augusta Memorial Park. Active pallbearers are Frank Thacker, Jerry Cleveland, Neil Whitson, Stan Bennett, Scottie Buchanan and Fred Hale. Honorary pallbearers are the choir members of First Baptist Church, staff of Legacy Hospice, and employees of Dairy Queen in Verona. The family would like to express their deepest appreciation to Dr. James C. LaGrua and his staff, as well as the staff of Legacy Hospice, and his special caregivers. Memorials may be made in Lester's memory to First Baptist Church, 406 W. Frederick St., Staunton, VA 24401.

VERONA, VA Lester Allen Wright, 83, of Verona, passed away Saturday, September 7, 2013 at his residence. He is survived by of his loving wife of 63 years, Avis Lewellyn Wright, a daughter and son-in-law, Sharon and Don Flory of Mount Sidney... View Obituary & Service Information

The family of LESTER ALLEN WRIGHT created this Life Tributes page to make it easy to share your memories.

Send flowers to the WRIGHT family.