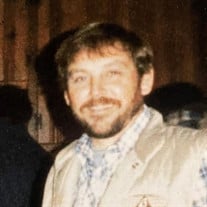 Larry Clinton Hevener, 77, husband of Sandra “Sandy” McMullen Hevener, passed away on March 17, 2022 at his residence. Larry was born on February 20, 1945, to the late Virgil L. and Elizabeth (Roby) Hevener Lilley. Larry served in the United States Navy and was retired from Brown & Root. In his retirement, he worked as an antique dealer – most notably at a booth in the Factory Antique Mall. He was also an avid golfer. In addition to his beloved wife of nearly fifty-one years, he is survived by his sons, Scott (JoAnn) and Erik (Hanna Clark) Hevener; his brothers, Virgil, Doug (Dana), and Ronnie (Jennifer) Hevener; his sisters, Ada (Pete) Campbell and Patti (C.T.) Mawyer; a sister-in-law, Brenda Hevener; and his grandchildren, Christian William, Matthew Clinton, Liam Joseph, Ella Grey, and Kadie Nichole Hevener; and Jaylynn Marie Clark. In addition to his parents, he was preceded in death by his twin brother, Gary W Hevener on December 18th – almost three months to the day; his first wife, Connie Hevener; a sister, Carolyn Perry; a mother-in-law, Elva J. Miller; and a sister-in-law, Shelby Hevener. The family will receive friends on Monday, March 21, 2022 from 6:00 - 8:30 PM at Henry Funeral Home. A funeral service will be conducted on Tuesday, March 22, 2022 at 11:00 AM at the Henry Funeral Home Chapel with Pastor Todd Yoder officiating. Burial will be private and at a later date.

The family of Larry C. Hevener created this Life Tributes page to make it easy to share your memories.

Send flowers to the Hevener family.