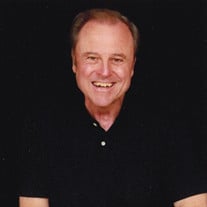 Larry David Mauzy, 72, husband of Phyllis Mauzy of Verona, passed away on December 8, 2021, at his home. He was born on January 8, 1949, in Hightown, a son of the late Roscoe and Nola Blanch (Harper) Mauzy. On October 2, 1971, he married Phyllis Ann Puffenbarger. Mr. Mauzy was a member of the former Union Chapel United Methodist Church in Blue Grass, and after moving to Verona, he became a member of Verona United Methodist Church. He was a BRCC certified automotive analyst. He worked for Westinghouse while attending Blue Ridge Community College and later retired from VDOT after more than 30 years of service. After his retirement, he was a courier for Planters Bank for seven years until he became ill. He held many positions in the church; Superintendent of Sunday Schools, teaching Senior Highs, singing in the choir, and was a VUMC Representative for Week Day Religious Education. Mr. Mauzy was a man of many talents and a handyman who could repair most anything. He could play the guitar and sing like Johnny Cash, but his greatest talent of all was leading others to Christ. Mr. Mauzy was a devoted, loving husband, and a wonderful father and grandfather. Mr. Mauzy is survived by his wife of more than 50 years; his son, Todd Mauzy and wife, Carola of Bethesda, MD; his daughter, Penny Shiflet and husband, Eric of Swoope; his daughter, Cassie Alger and husband, Jed of Stuarts Draft; his brother, Mike Mauzy and wife, Vickie of Hightown; his sister, Julia Ann Evick and husband, Richard of Harrisonburg; as well as grandchildren, Patrick, Alejandro, Jonathan, Santiago, Scott, Ryan, Wil, and Tyler. In addition to his parents, he was preceded in death by his first wife, Carolyn Jean Hooke; his brother, William Mauzy; his sister, Charlotte Ritchie and brother-in-law, Robert Ritchie; his infant sister, Betty Jean Mauzy; and his son-in-law, Matt Flick. The family would like to extend a special thanks to Hospice of the Shenandoah. A graveside service will be conducted on Monday, December 13, 2021 at 11:00 A.M. by Pastors Bob Weeks and Shawna Hiner at Green Hill Cemetery in Churchville. A funeral service will follow at 12:30 P.M. at Verona United Methodist Church. The family will receive friends after the service.

Larry David Mauzy, 72, husband of Phyllis Mauzy of Verona, passed away on December 8, 2021, at his home. He was born on January 8, 1949, in Hightown, a son of the late Roscoe and Nola Blanch (Harper) Mauzy. On October 2, 1971, he married Phyllis... View Obituary & Service Information

The family of Larry D. Mauzy created this Life Tributes page to make it easy to share your memories.

Send flowers to the Mauzy family.