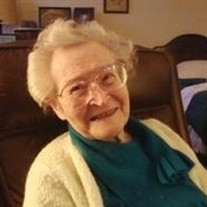 Margaret Louise Fountain Pinkston Staunton Margaret Louise Fountain Pinkston was born on January 27, 1919 in Macon, Georgia to the late Claude Russell Fountain and Lucy Emilie Landru Fountain. She spent most of her formative years in Nashville, Tennessee, and started studying violin at the age of 5 after seeing a performance by Fritz Kreitzler. At 16 she left for New York City to study violin at the Juilliard School where she finished her diploma in 1939 and stayed on to do postgraduate study in violin for another six years with Edouard Dethier. At the end of World War II she toured Europe playing for the troops with a group from the USO. She married James Oliver Pinkston in 1946 and moved to Beirut, Lebanon where he was Dean of the Medical School at the American University of Beirut. Concerned about growing tensions in the Middle East, they returned to the United States in 1950 and moved to Brooklyn, New York. She spent the next twenty years raising three children and playing violin in the Brooklyn Philharmonic as well as at many church and community performances. In 1967 she returned to school and studied at Brookyn College, part of the City University of New York. She was elected Phi Beta Kappa and graduated with a B. S. in Chemistry and then went on to received a PhD in Biochemistry at the age of 57. She moved to Staunton, Virginia in 1975 where she joined the faculty at Mary Baldwin College and taught Chemistry and Biochemistry until her retirement in 1989. Soon after her retirement from Mary Baldwin she picked up her violin again and joined the Charlottesville University and Community Orchestra where she played until her final retirement more than ten years later. She was one of the founding members of the Waynesboro Symphony Orchestra and served as its first concertmaster. After living on Church Street in Staunton for over thirty years she spent the final three years of her life at Brightview Baldwin Park in Staunton. She died September 24, 2011 at 92. She was preceded in death by her husband, Dr. James Oliver Pinkston and her sister Dr. Betty Fountain Edwards Gray of Atlanta, Georgia. She is survived by a daughter and son-in law, Betsy Pinkston and James Dungan of Staunton, a son and daughter-in-law, Russell Pinkston and Margot Booth of Austin, Texas, and a daughter and son-in-law Lucy Pinkston Schroth and Don Schroth of Sandwich, Massachusetts as well as her nieces Margaret Edwards of Barnard, Vermont and Alice Edwards Wood of Florida. She is also survived by 5 grandchildren, Amelia, Jesse and Samuel Dungan and Malcolm and Caroline Pinkston. A Memorial Service will be conducted on Saturday, October 8 at 1 pm at Covenant Presbyterian Church by Reverend John Peterson. In lieu of flowers, memorials may be made in her honor to Covenant Presbyterian Church, 2001 N. Coalter St. or the Waynesboro Symphony Orchestra, P.O Box 671, Waynesboro, VA 22980.

The family of MARGARET LOUISE PINKSTON created this Life Tributes page to make it easy to share your memories.

Send flowers to the PINKSTON family.