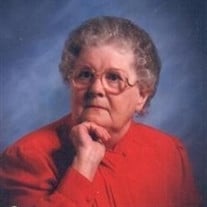 MARY C. CAMPBELL STAUNTON, VA Mary Della (Collins) Campbell, 86, widow of Ashley B. Campbell, Jr., of 31 Woodlee Road, died Wednesday, November 20, 2013, at her residence. She was born September 6, 1927, in Staunton, a daughter of the late Walter Collins, Jr. and Edna (Hayes) Collins. She was a lifelong member of First Baptist Church in Staunton. Family members include a son and daughter-in-law, Doug and Cindy Campbell of Zion Crossroads; a daughter and son-in-law, Leslie Gray and Jeff Marsh of Ringgold, GA; a brother, Walter Collins, Jr. and wife, Carolyn, of Staunton; two sisters, Jeane Campfield of Staunton and Betty Critz of Fishersville; two grandchildren, Ken Campbell and wife, Carla, of Rolla, MO, and Ryan Campbell and wife, Kris, of Charlottesville; and two great grandchildren, David Campbell and Kristen Ross, both of Rolla, MO. In addition to her husband, she was preceded in death by a daughter, Cynthia Jeane Campbell. A funeral service will be conducted at 2 p.m. on Saturday, November 23, 2013 in the Henry Funeral Home Chapel by the Rev. John J. Hamric. Burial will follow in Thornrose Cemetery. The family will receive friends from 4 until 6 p.m. on Friday, November 22, 2013 at the funeral home. In lieu of flowers, memorials may be made to Sacks of Love, First Baptist Church, 406 W. Frederick Street, Staunton, VA 24401.

The family of MARY DELLA CAMPBELL created this Life Tributes page to make it easy to share your memories.