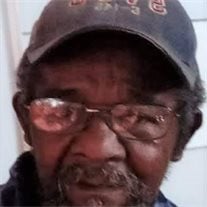 Olden Nathanial Ransome, 66, of 1907 First Street, went home to be with his Lord and Savior on Sunday, August 25, 2019, at Shenandoah Hospice.             He was born October 1, 1952, in Middlebrook, the son of the late Olden Earl Ransome and Margaret Lucille Ransome.             Nate attended Riverheads High School. He was a veteran in the United States Marine Corps.             He was employed by Grand’s Piano as a deliveryman. He was a volunteer fireman at Middlebrook Fire Department and was a lifetime member of the Swoope Fire Department.             He enjoyed hunting, fishing, and loved the outdoors. He enjoyed watching movies, wrestling, and solving jigsaw puzzles.             He is survived by two sisters, Naomi Russ and her husband, Hurley, of Campbellton, Florida and Lila White and her husband, Carl, of Churchville; two brothers, Richard Ransom and his wife, Lillian, of Richmond and Robert Ransome of Oregon; and a God daughter, Melissa Payne of Staunton.             He is preceded in death by one sister, Margaret Fuller of Staunton; three brothers, Lawance  Ransome of Waynesboro, Allen Ransome and Emaunel Ransome, both of Staunton; and several nieces and nephews and the love of his life for over 17 years, Linda Birchfield.             A memorial service will be conducted at 2 p.m. on Saturday, September 7th at Swoope Fire Department by his niece, Robin R. Albright.

The family of OLDEN NATHANIEL RANSOME created this Life Tributes page to make it easy to share your memories.

Send flowers to the RANSOME family.