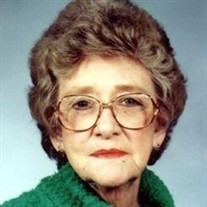 OMEDA R. SHIPLETT CHURCHVILLE, VA Omeda Frances (Roberts) Shiplett, 88, of 246 Crawford Lane, died Tuesday, July 26, 2011, in Augusta Nursing and Rehab Center. She was born November 3, 1922, in Bath County, a daughter of the late Francis Graves and Nettie (Deeds) Roberts. Prior to retirement, Mrs. Shiplett was employed by Genesco with 40 years of service. Her love of all animals was beyond measure. Family members include a brother and sister-in-law, Wendell L. and Betty Lou Roberts of Staunton; a sister, Geneva Franklin of Hot Springs; a number of nieces and nephews; a speical friend, Carl Coiner; and her bird, Andy. She was preceded in death by a son, Ronnie Lee Shiplett; two brothers, Emmett Roberts and Clayborn Edison Roberts; a sister, Marie Jefferson; and her beloved pet poodle, Pierre. A graveside service will be conducted at 11 a.m. Friday, July 29, 2011, in Oak Lawn Mausoleum and Memory Gardens by the Rev. Harold W. "Pete" Campbell. There will be no public viewing or visitation. Memorials may be made to S.P.C.A., P.O. Box 2014, Staunton, VA 24402. Henry Funeral Home is handling the arrangements.

The family of OMEDA FRANCES SHIPLETT created this Life Tributes page to make it easy to share your memories.

Send flowers to the SHIPLETT family.