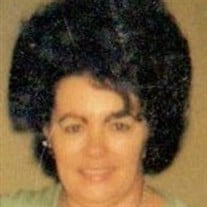 PHYLLIS D. EUBANKS WAYNESBORO, VA Phyllis Jean (Dull) Eubanks, 77, 1221 Rosser Avenue, went to be with her Lord and Savior Thursday, October 3, 2013, in Avante at Waynesboro. She was born April 1, 1936, in Staunton, a daughter of the late Steve... View Obituary & Service Information

The family of PHYLLIS JEAN EUBANKS created this Life Tributes page to make it easy to share your memories.

Send flowers to the EUBANKS family.