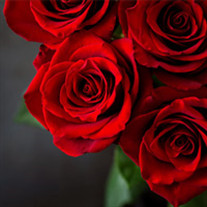 Phyllis Augusta (Redifer) Pilson, 85, widow of Howard Walter Pilson, of Staunton, died Saturday, August 10, 2019, in the Shenandoah Hospice House, Fishersville. She was born October 7, 1933, in Augusta County, a daughter of the late Walter Orval and Hallie Rachal Bell (Griffin) Redifer. Prior to retirement, Mrs. Pilson was employed by King’s Daughters’ Hospital. In addition to her husband, she was also preceded in death by three brothers, Marshall Boyd Redifer, Thomas M. Redifer, and James H. Redifer. Family members include two sons and a daughter-in-law, Michael H. and Jeannie Pilson and Edward L. Pilson and Connee Elmore, all of Staunton; a daughter and son-in-law, Rebecca S. and Martin Morehouse of Waynesboro; a brother, Jerry L. Redifer, of Staunton; a sister, Emogene I. Henkel of Mebane, NC; grandchildren, Sarah and Katherine Morehouse, and step-grandchildren, Jason Buby and Callie Elmore; and a step-great grandchild, Kaid Buby. A funeral service will be conducted at 2 p.m. Thursday, August 15, 2019 in the Henry Funeral Home Chapel by the Rev.  Elizabeth von Trapp Walker. Burial will be private. The family will receive friends one hour prior to the service in the funeral home. Condolences may be sent to the family at www.henryfuneralhome.net.

The family of PHYLLIS AUGUSTA PILSON created this Life Tributes page to make it easy to share your memories.

Send flowers to the PILSON family.