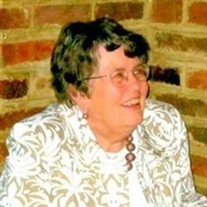 PAMELA L. LOTT STAUNTON, VA Pamela Lacy Lott, 75, wife of James David Lott Sr., died Monday, December 2. She was born May 8, 1938, in Johnson City, Tennessee, the daughter of William Fontaine Lacy and Betty Browning Lacy. Pam was educated in the Kingsport, Tennessee, public schools and graduated cum laude from Vanderbilt University in 1960. She taught mathematics in Evansville, Wisconsin, and after moving to Staunton in 1964, she continued her teaching career at Stuart Hall and later at Lee High School. She also touched the lives of students at two other Staunton institutions. In retirement, she taught part-time at Blue Ridge Community College, and as the wife of a professor and dean at Mary Baldwin College, she was a friend to faculty and staff and to three generations of students. In addition to her husband of 53 years, she is survived by four children and their spouses: James David Lott Jr. and Jennifer Gillis, Fairfield, Connecticut; Mary Evans Lott and Dana Cormier, Staunton; Emily and Paul Miller, Cockeysville, Maryland; and William and Sarah Lott, Staunton. She also leaves seven grandchildren, to whom she was "Pam Pam": Samuel and Erin Miller; Eleanor and James David Lott III; Alice and William Cormier; and Madelyn Griffin. In addition to her parents, she was predeceased by her step-father, Lynn Farmen. Pam was a loving wife, mother, and grandmother, a dedicated teacher, and a loyal and fun-loving friend. Her life was one of service to others, especially those less fortunate. She was a member of Emmanuel Episcopal Church, where she served on the Vestry and the Altar Guild and taught Sunday School. She was an officer on several community boards, including Court Appointed Special Advocates (CASA), Staunton-Augusta Free Clinic, and the Beverley Street Studio School. For years she was an active volunteer with Staunton Augusta Church Relief Association (SACRA) and with the Trinity Noonday Lunch Program. She was a skilled bridge player, an avid reader, a gracious hostess, and an enthusiastic beach goer. Everyone who knew her will miss her friendliness, her sense of humor, and her loving nature. A Memorial Service and Eucharist will be held at Emmanuel Episcopal Church on Monday, December 9, at 1:00 P.M. An interment service for family only will be held earlier. In lieu of flowers, Pam's family asks that her friends consider a memorial gift to Emmanuel Episcopal Church, 300 West Frederick Street, Staunton, VA 24401, or to SACRA, 205 North Augusta Street, Staunton, VA 24401.

The family of PAMELA LACY LOTT created this Life Tributes page to make it easy to share your memories.

Send flowers to the LOTT family.