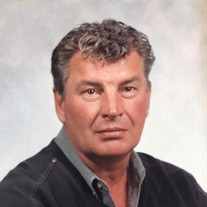 Paul Lee Abbe, 74, went to his Heavenly Home on Saturday, December 18, 2021. He was born Aug. 20, 1947, in Waseca, Minn., the son of the late Norbert and Geraldine (Langer) Abbe. Paul attended Waseca Ag School and graduated from Owatonna High School in 1965. He served in the United States Air Force as a Sergeant and Weapons Mechanic Supervisor from 1966-1970. His time in the Air Force included service in Korea during the 1968 Pueblo incident. He was employed in farm equipment sales and retired from Rockingham New Holland in 2014. In addition to his parents, he was preceded in death by a daughter, Christina Abbe. Surviving family members include his wife, Rebecca “Becca” Abbe, of Staunton; his daughters, Heather Fincham, husband, John, and children, Brady and Carly, of Massanutten, and Crystal Graham and husband, Chris, of Waynesboro; two sisters, Kay Cassen of Owatonna, Minn., and Pat Wascovich and husband, Wayne, of Palmyra, Pa. He is also survived by numerous nieces and nephews, and special friends Bryan and Miandra Cash and their two children which Paul loved as his own grandchildren. Paul’s favorite place to be was fishing in the Outer Banks with friends and family. He loved working out at the Staunton Y, going hunting, trap and target shooting. He also enjoyed riding his Harley-Davidson, listening to music at Marino’s Lunch and going to the Waffle Inn for breakfast with his buddies. He loved to spend time with his family especially watching his grandchildren grow up. He also enjoyed cheering them on at their athletic events. Paul was an amazing husband, loving father, grandfather, brother and friend to many. He’d always welcome loved ones with his laugh, a cold drink and a warm fire. He could sit around all night swapping stories with friends and family. He enjoyed his last day here on Earth working out and spending time with his grandson. He will be dearly missed by all who loved him. The family will receive friends and family at 6-8 p.m. Wednesday, December 22, 2021, at Henry Funeral Home in Staunton. A memorial service will be conducted at 10 a.m. Thursday, December 23, 2021, at the Henry Funeral Home Chapel in Staunton by Pastor Reuben Horst. The service will be live-streamed via the Henry Funeral Home Facebook page. Interment will follow the service at Augusta Memorial Park in Fishersville. Active pallbearers will be Brady Fincham, Larry Knutson, Scott Parsons, Keith Cassen, Tony Cassen and Luke Wascovich. In lieu of flowers, donations may be sent to the Staunton Augusta Family YMCA, 708 N. Coalter St., Staunton, VA 24401. Condolences may be sent to the family at henryfuneralhome.net.

The family of Paul Lee Abbe created this Life Tributes page to make it easy to share your memories.

Send flowers to the Abbe family.