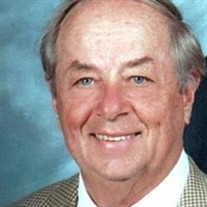 RHODES EBELING WRAY STAUNTON Rhodes (Dick) Ebeling Wray, 78, died on July 1, 2012 at his home in the presence of his immediate family. Dick was born in Pulaski, Virginia on June 15, 1934, a son of the late Desmond Carlisle and Catharine Rhodes Wray. After graduating from the University of Virginia School of Engineering, Dick was employed by the Missile Division of Douglas Aircraft in Charlotte, North Carolina. As a Project Engineer, he led a group of engineers in formulating a pre-production test plan for the anti-missile-missile Nike Zeus. He was also Project Engineer for the XM-50 surface-to-surface missile trainer. Following closure of the Douglas plant in Charlotte, Dick was employed by the DuPont Company in Waynesboro, Virginia from 1965 until his retirement in 2001. He received four United States patents for various technical features of Lycra Spandex. He retired as a Research Fellow from DuPont's Benger Laboratory. Dick was an active member of Trinity Episcopal Church where he served on Vestry, Finance Committee, Rector Search Committee, and he participated in men's Bible study. He was a board member of the Salvation Army, a longtime member of the Thornrose Cemetery Board of Directors, and a member of Saints and Sinners. Dick was an avid golfer having played on two occasions in the Crosby National Celebrity Golf Tournament. He was also a knowledgeable and enthusiastic antique collector, and he found much pleasure in planting trees and shrubs in his garden. Survivors include his wife Joan Dove Wray to whom he was married on May 18, 1963, his son Christopher Paxton Wray of Staunton, his brother Desmond C. Wray, Jr. and his wife Fran, sisters-in-law Shirley H. Wray and Martha M. Wray, and several nieces and nephews. He was preceded in death by his brother William A. Wray. A memorial service will be held at Trinity Episcopal Church on July 6, 2012 at 3:00 p.m. The family will receive friends at a reception in McCraken Hall immediately following the service. A private burial will be held at Thornrose Cemetery. In lieu of flowers, memorial contributions may be made to Trinity Episcopal Church, Box 208, Staunton, VA, 24402, the local Salvation Army, Box 2412, Staunton, VA 24402, or Augusta Health Hospice of the Shenandoah, Box 215, Fishersville, VA 22939. Henry Funeral Home is handling the arrangements. Condolences may be sent to the family online at www.henryfuneralhome.net.

RHODES EBELING WRAY STAUNTON Rhodes (Dick) Ebeling Wray, 78, died on July 1, 2012 at his home in the presence of his immediate family. Dick was born in Pulaski, Virginia on June 15, 1934, a son of the late Desmond Carlisle and Catharine Rhodes... View Obituary & Service Information

The family of RHODES EBELING WRAY created this Life Tributes page to make it easy to share your memories.

Send flowers to the WRAY family.