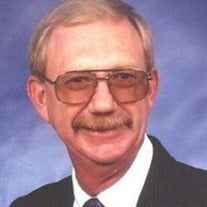 ROBERT L. HUNTER STAUNTON, VA Robert Lee Hunter, 64, husband of Patsy R. Hunter, was born on September 17, 1947 in Staunton, Virginia, he passed away on Wednesday, November 23, 2011 at his home at 603 Hilltop Drive with his loving wife by his side. Bob Hunter was preceded in death by his parents, Hugh Preston and Ruth (Smiley) Hunter. November 3, Bob and Pat Hunter celebrated their 44th anniversary together. In addition to being a loving, faithful husband to Pat, Bob was a wonderful role model and father to his 2 daughters, Lisa Hunter Mears and Christel Nicklas and her husband, Joe Nicklas. He was a fun, inspirational granddaddy to Cody Mears, Max Mears, Clay Bartley, and Katie Fay Mears as well as best buddy to Wayne "Buzz" Huntley. He leaves behind his brother, John Hunter, a sister and brother in law, Janet and Harold Coiner, and a special mother-in-law, Violet Rexrode. He was a special uncle to many nieces and nephews. Bob was a lifelong member and elder at Olivet Presbyterian Church where he enjoyed worshiping and serving the Lord. He considered the congregation of Olivet to be part of his family and received an outpouring of support during his extended illness. One of Bob's first jobs was working at the Dixie Theater in Staunton, where he and Pat worked together. After graduating from Robert E. Lee High School, Bob married his high school sweetheart and joined the Army, where he served in Germany. Upon his return he worked at United Parcel Service where he retired after 30 years. Bob served as a volunteer firefighter with the Staunton Fire Department and was an important member of the Jumbo restoration committee. He later gained the reputation of being the best painter in town and his attention to detail and quality of work put him in high demand. During Bob's time with us, his impact on his family, friends and community was great. After retirement, he became involved in many volunteer organizations. He enjoyed walking children to Bible classes for the Weekday Religious Education program, he was an active member of the Lions Club, and he traveled to Baja Mexico where he helped build homes on a mission trip. We may never know all of the generous, kind things Bob has done for his community, he gave his time and shared his talents without the expectation of acknowledgment and with a genuine, honest heart. He lived his life to honor the Lord and he was a friend to everyone he met. Bob was an avid sportsman, he enjoyed hunting, fishing and simply being out in the woods. Although many trout, deer and turkeys lost their lives because of him, he had a profound love and respect for the outdoors and wildlife, which he passed down to his grandchildren. He also spent many summer nights watching the Staunton Braves play or attending one of his grandchildren's events. He took great pride in taking care of his home and yard and enjoyed hosting family cook-outs. A Memorial service will be conducted at 11:30 a.m. Monday, November 28, 2011 in the Henry Funeral Home Chapel by the Rev. Harry Johns. Burial will be private. The family will receive friends from 6 until 8 p.m. Sunday, November 27, 2011 at the funeral home (www.henryfuneralhome.net) and other times at his residence. Bob was strong and courageous in his battle with pancreatic cancer because he had tremendous comfort and support given by so many people. His family would like to thank everyone that showed support including members of Olivet Presbyterian Church, Hospice of the Shenandoah, his doctors and the team at the HOPE Cancer Center. In lieu of flowers, memorial contributions can be made to one of Bob's favorite organizations, the Staunton Weekday Religious Education Program, P. O. Box 2272, Staunton, VA 24402.

ROBERT L. HUNTER STAUNTON, VA Robert Lee Hunter, 64, husband of Patsy R. Hunter, was born on September 17, 1947 in Staunton, Virginia, he passed away on Wednesday, November 23, 2011 at his home at 603 Hilltop Drive with his loving wife by his... View Obituary & Service Information

The family of ROBERT LEE HUNTER created this Life Tributes page to make it easy to share your memories.

Send flowers to the HUNTER family.