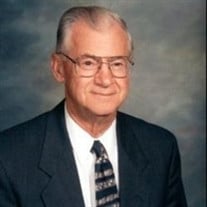 ROBERT G. SANGER STAUNTON, VA Robert Guild Sanger, 85, husband of Marguerite (Coffman) Sanger of 719 Aintree Place, died Friday, February 17, 2012 at King's Daughters Health and Rehab Center. He was born December 13, 1926 in Scotland, CT. a son of the late Rev. Paul B. and Sophia (Via) Sanger. He graduated from Linville-Edom High School in Rockingham County. He received his Bachelor of Science degree in music education from Bridgewater College and his Master of Music degree from Northwestern University. He continued his studies in music at Moorehead University in Kentucky, the University of Virginia and James Madison University. Mr. Sanger was a band director for 36 years in the public schools in Virginia. He started the instrumental music program in two high schools in Page County, where he taught for his first six years. He then moved to Nelson County High School where he organized and directed the instrumental program for the following eleven years. In 1966, he became the band director at Lee High School in Staunton, where he taught for nineteen years until his retirement in 1985. In addition to membership in the NEA, VEA, and SEA, Mr. Sanger was a member of the Music Educator's National Conference and the Virginia Band and Orchestra Director's Association. He is a past president of District V of the VBODA and served as state secretary for the VBODA. He has served as guest conductor for numerous band clinics and has adjudicated for band festivals and solo-ensemble festivals throughout Virginia. After retirement he participated in the beginning Teachers' Assistance Program as a classroom observer and later taught private instrumental music at Bridgewater College on a part-time basis. Mr. Sanger played with "The Esquires" during the big band era and was a member of the Staunton Stonewall Brigade Band. He was the musical director for the Oak Grove Theater for a number of years and sang with the Staunton Choral Society, serving as the group's instrumental coordinator and associate director. He was a member of the musical group, "The Retreads", later knows as "The Retros". He was a member of the Staunton Church of the Brethren where he was choir director for thirty-eight years. He served as chairman of the door-to-door canvas with the Staunton-West Augusta Unit of the American Heart Association. Survivors include his wife of 64 years, Marguerite Coffman Sanger; his son, Robert G. Sanger, Jr. and his wife, Sue; daughter Karen Sanger Willi and her husband, George; son Paul F. Sanger and his wife, Julie. Grandchildren include Robert W. Sanger and wife, Katy, Heather Sanger Miller and husband, Corey, Michael Willi, Allison Willi, Catherine Sanger and Isaac Sanger. A Memorial Service will be conducted at 11 a.m. Tuesday, February 21, 2012 at Staunton Church of the Brethren. Burial will be private at Mt. Horeb United Methodist Church Cemetery, Dayton. The family will receive friends from 6 until 8 p.m. Monday, February 20, 2012 at Henry Funeral Home (www.henryfuneralhome.net). In lieu of flowers, memorials may be made to Staunton Church of the Brethren, 1615 North Coalter Street, Staunton, VA 24401 or to the Staunton Choral Society, c/o Sherry VonOeyen, 1395 Pleasant View Street, Staunton, VA 24401.

The family of ROBERT GUILD SANGER created this Life Tributes page to make it easy to share your memories.

Send flowers to the SANGER family.