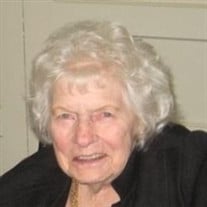 ROSALIE W. HUDSON STUARTS DRAFT, VA Rosalie (Wingler) Hudson, 90, formerly of Baltimore, MD, and most recently residing in Stuarts Draft, widow of the late Gene Ball Hudson, passed away Saturday, October 5, 2013. She was born May 14, 1923, in North Wilkesboro, NC, the daughter of the late Milton Crom and Dora (Rhodes) Wingler. Rosalie was a homemaker after the birth of her daughter, Sharon. She was a loving wife, mother, grandmother, and sister, who lived for her family, supporting them in all their endeavors. She will be remembered for her selflessness and love for her family and friends. In addition to her husband, she was also preceded in death by four brothers, Clifford, John, Hobert, and Wilburn Wingler and a sister, Nell McLean. Family members include her daughter and son in-law, Sharon and Dan Williams; her grandsons, Timothy and Jonathan; her brother, Richard Wingler, and her sister, Nan Harrison, both of North Wilkesboro, N.C.; three sisters-in-law; and a number of nieces and nephews. Mrs. Hudson was an associate member of Second Presbyterian Church in Staunton and a member of Essex United Methodist Church in Baltimore, MD. A celebration of her life will be held on Wednesday, October 9th at 2 pm at Second Presbyterian Church in Staunton. The Rev Dr. Daniel S. Williams and Rev. Harry Johns will officiate. The family will receive visitors at the Williams' residence in Stuarts Draft and from 1-2 pm in the Church parlor before the service. A private burial will be held at Holly Hills Cemetery in Baltimore, MD. Henry Funeral Home is handling the arrangements.

The family of ROSALIE HUDSON created this Life Tributes page to make it easy to share your memories.

Send flowers to the HUDSON family.