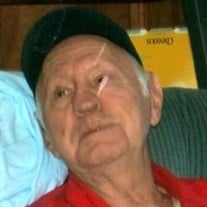 RUDOLPH H. TAYLOR, JR. GREENVILLE, VA Rudolph Hamilton (Hector) Taylor, Jr., 80, of Greenville, died March 13, 2012 with his family by his side in Fishersville. Mr. Taylor was born September 7, 1931, to the parents of Rudolph and Clara Taylor in Nelson County. Hector was always known as a hardworking intelligent man. Mr. Taylor had many talents, which led him to pig farming later in life. He later became a barber and used his talent on the Statler Brothers when they were young in their musical journey. Years later, he went from cutting hair to cutting trees and worked for many years supplying hardwood to residents of Augusta County and logs to Glatfelter Paper Company in Pennsylvania and North Carolina, and even clearing the land at Weyers Cave Airport from some of the hangers. After retiring from the logging industry, he went back to his roots, receiving his barbering license again at the ripe age of 70, and began to barber in his own shop in Verona until health conditions rendered him to retire permanently a few years later. Hector spent his summers sitting outdoors with his sons and the townsfolk who would stop by just to chat around the bond fire and reminisce over old times. He had a love for his grandchildren that was kind and gentle and he would say, "Never spank them just pick them up and hug them tight." He is survived by three daughters, Sandy Grandi of Penn Laird, Jennifer Spitzer of Church Hill, TN, and Melissa Taylor of Beaverton, OR; three sons, Robert Taylor of Greenville, Curtis Taylor of Waynesboro, and Billy Taylor of Virginia Beach; also three other children, Rudolph Taylor, III, Charles Taylor, and Denise Taylor; a sister, Helen Monsalve; and fourteen grandchildren, Kyle Steven, Matthew, Curtis, Jackie, Rebecca, Donna, Brittney, Dustin, Dillon, Cassandra, Jeffrey, Amanda, Reanna, and Isaish. At his request, no services will be held. Henry Funeral Home is handling the arrangements. (www.henryfuneralhome.net) The Final Flight Do not grieve for me, for now I'm free, I'm following the path God laid for me. I took his hand when I heard his call, I turned my back and left it all. I could not stay another day, To laugh, to love, to work, to play. Tasks left undone must stay the way, I've found that peace at the end of the day. Be not burdened with times, of sorrow, I wish you the sunshine of tomorrow. My life's been full, I savored much, good friends, good times, a loved ones touch. Perhaps my time seemed all too brief, don't lengthen it now with undue grief. Lift up your heart and share with me, God wanted me now, He set me free.

RUDOLPH H. TAYLOR, JR. GREENVILLE, VA Rudolph Hamilton (Hector) Taylor, Jr., 80, of Greenville, died March 13, 2012 with his family by his side in Fishersville. Mr. Taylor was born September 7, 1931, to the parents of Rudolph and Clara Taylor... View Obituary & Service Information

The family of RUDOLPH HAMILTON TAYLOR created this Life Tributes page to make it easy to share your memories.