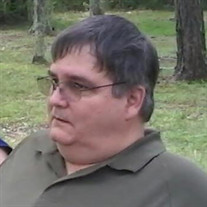 Richard Carlton “Heavy” Huntley, 63, husband of Sandra (Davis) Huntley, of Churchville, died Tuesday, June 16, 2020 at his residence. He was born January 28, 1957 in Staunton, a son of the late Jessie Woodson and Rosa Lee Catherine (McDaniel) Huntley. Prior to retirement, he was employed by Perdue Foods as a maintenance supervisor. Richard was a member of Jerusalem Chapel United Brethren Church. He was an avid hunter and fisherman. In addition to his wife, family members include three sons, Heath Huntley and wife, Stephanie, Michael Huntley and wife, Heidi, and Adam Huntley and Amanda Williams; his mother-in-law, Mary Glenn Davis; four grandchildren, Jade Huntley, Allison Huntley, Asher Huntley, and Brittany Mason; and two great grandchildren, Hunter and Blake Mason. He was preceded in death by half-brothers, Thomas and Harry Huntley. A funeral service will be conducted at 11 a.m. Friday, June 19, 2020 in New Providence Presbyterian Church. Burial will follow in the church cemetery. Active pallbearers will be his sons and nephews. Friends may pay respects at Henry Funeral Home on Thursday, June 18, 2020 until 8 p.m. Memorials may be made to the Augusta Regional SPCA, P.O. Box 2014, Staunton, VA 24402.

The family of Richard C. "Heavy" Huntley created this Life Tributes page to make it easy to share your memories.

Send flowers to the Huntley family.