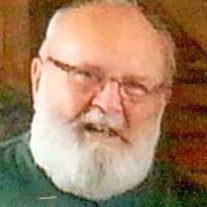 Richard “Dick” Zane Taylor, 80, widower of Nancy Ann (Kesterson) Taylor, of Staunton, died January 30, 2020, in the Shenandoah Hospice House, Fishersville. He was born April 14, 1939, in Augusta County, a son of the late James Benjamin and Dorothy (Sensabaugh) Taylor. Mr. Taylor was involved in the family business, Taylor Amusements, for 35 years. Prior to retirement, he was employed as a welder by DuPont with 35 years of service. He was an avid outdoorsman and loved spending time with his North River Campground family. He also enjoyed winter trips to Florida with his wife. In addition to his wife, he was also preceded in death by a son, Richard “Rick” Zane Taylor, II. Family members include a daughter, Lynn Kimble of Staunton; four grandchildren, Jason and Tiffany Taylor, Zane Taylor (Kelly), Autumn Taylor, and Hunter Taylor; four great grandchildren, Jaiden, Kannon, Ashton, and Oaklynn; and three sisters-in-law, Sara Lee Helmick, Joyce Armstrong, and Sue Niday (Mike). A memorial service will be conducted at 11 a.m. Monday, February 3, 2020, in the Henry Funeral Home Chapel by Mr. Jim Sumner and Mr. Lewis Whitmer. The family will receive friends from 2 until 4 p.m. Sunday, February 2, 2020,in the funeral home. Memorials may be made to the Augusta Regional S.P.C.A., P.O. Box 2014, Staunton, VA 24402. Condolences may be sent to the family at www.henryfuneralhome.net.

The family of Richard Zane Taylor created this Life Tributes page to make it easy to share your memories.

Send flowers to the Taylor family.