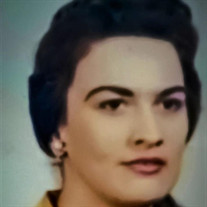 Shirley Joyce (Harlow) Nuckoles, 85, of 1120 Walnut Street in Staunton, Virginia, and widow of Thomas Alexander Nuckoles passed away suddenly May 4, 2022 at Augusta Health Center. Mrs. Nuckoles was born on July 19, 1936 in Augusta County, Virginia to biological mother Mildred T. Daughtery. Shirley was a graduate of Robert E. Lee High School in Staunton, Virginia, and employed in the accounting department of American Safety Razor in Verona, Virginia, where she retired after 32 years of service. In addition to her husband Thomas A. Nuckoles and biological mother Mildred T. Daughtery, she is proceeded in death by adoptive father Andrew Emmett Harlow, adoptive mother Neoma Brown Daughtery Harlow, biological brother, Thomas F. Daughtery, and adoptive brother Emmett Austin Harlow. Mrs. Nuckoles is survived by daughter Wendy O. Williams and husband Roger N. Williams II of Staunton, Virginia; stepdaughter Deborah L. Sands and husband Robert G. Sands of Powhatan, Virginia; step granddaughter Natasha L. Williams of Stuarts Draft, Virginia; several brother and sister- in- laws; and numerous nieces and nephews. Active pallbearers include, Roger N. Williams II, son- in- law; Timothy L. Nuckoles, nephew; Dustin A. Nuckoles, great nephew; Charlton R. Martin, nephew; Brian K. Lindsay, family friend; Denny Grimm, family friend; and Honorary pallbearer, Robert G. Sands, son- in- law. Shirley was a devoted, loving wife and mother who lived her life as a follower of Christ always showing humility, generosity and kindness to everyone she knew, including strangers. She was forgiving to a fault, and one who would always put others before herself. Shirley was active member of Grace Fellowship Church, and she loved her church family dearly. Among her hobbies were reading mystery novels, putting together puzzles, and listening to music, including one of her favorites, Elvis Presley. Christmas was her favorite holiday, and she had a large collection of Christmas decorations, which included her numerous angel collectibles. She enjoyed creating different recipes and was an amazing cook. In her earlier years, she loved riding Harleys with her husband and enjoyed being a member of her bowling league, where she was awarded numerous trophies. Shirley had many interests and hobbies over the span of her life, but her greatest joy other than serving God and her family, was caring for her beloved cat of 19 years, Barney. Shirley will be greatly missed by her family and friends. The family will receive friends from 4 PM to 7 PM, Sunday, May 15, 2022 at Henry Funeral Home. A graveside service will be conducted at 1:00 PM, Monday, May 16, 2022 at Augusta Memorial Park by Rev. Bill Davis. Monetary donations can be made to Henry Funeral Home to help the family with funeral costs.

The family of Shirley J. Nuckoles created this Life Tributes page to make it easy to share your memories.

Send flowers to the Nuckoles family.