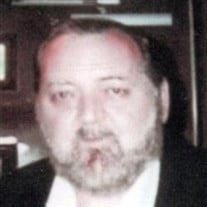 THOMAS W. MARSHALL GROTTOES, VA Thomas Winston Marshall, 68, widower of Linda Joyce (Sandy) Marshall, of 219 Harriston Road, died Friday, May 10, 2013, at Augusta Nursing and Rehabilitation Center. He was born on June 12, 1944, in Waynesboro, a son of the late Ernest Taylor and Dorothy May (Baker) Marshall. Prior to retirement, he was a route driver for Canteen. Family members include a son and daughter-in-law, Thomas Timothy and Heather Marshall of Grottoes; four daughters and three sons-in-law, Anita and Jeffrey Lam of Staunton, Joellen Gibson of Harrisonburg, Tina J. and Timothy M. Coffey and Cassandra and Ricky Shifflett, all of Waynesboro; two sisters and a brother-in-law, Shirley and Chuck Wright of Waynesboro and Wanda Harbeck of Newport News; seven grandchildren; one great grandchild and two on the way; and numerous nieces and nephews. In addition to his wife, he was preceded in death by two brothers and a sister. A funeral service will be conducted at 2 p.m. on Tuesday, May 14, 2013, in the Henry Funeral Home Chapel by the Rev. Dan Carter. Burial will follow in Riverview Cemetery, Waynesboro. Active pallbearers will be Lee Troxell, Mike Myers, John Trainum, Ricky Shifflett, Timothy Coffey, and Jeffrey Lam. The family will receive friends from 6 until 8 p.m. on Monday, May 13, 2013, at the Funeral Home. The family would like to send a special thank you to Leanne with Hospice, Augusta Nursing and Rehab, and the HOPE Cancer Center.

The family of THOMAS WINSTON MARSHALL created this Life Tributes page to make it easy to share your memories.

Send flowers to the MARSHALL family.