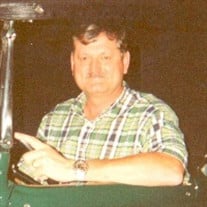 Thomas (Tom) Frank Gaskins was carried away to his heavenly home at the age of 68 years when he died suddenly and unexpectedly at his home in McKinley, Virginia.  Born in Portsmouth, VA on January 21, 1951, Tom was the son of the late George Nathaniel Gaskins and Miriam (Yost) Gaskins Warren.  Tom is survived by his faithful and loving wife of 46 years, Lynn McCart Gaskins.  In addition to his wife, Tom is survived by his children, Robert Emory (Marianne) Gaskins of Florence, SC, and Erin Elizabeth Gaskins of Waynesboro, VA; and grandchildren, who he simply adored, Lauren Elizabeth Gaskins, William (Will) Emory Gaskins, and Noah Nathaniel Gaskins.    Tom is also survived by three brothers and a sister, Larry Douglas (Mary Ann) Gaskins of Williamsburg, VA, James Yost Gaskins of Jacksonville, FL, Richard Nathaniel (Sara) Gaskins of Charleston, WV, and Patti Gaskins (Randolph) Gregg of Roanoke, VA, and many other relatives. Tom was an active member at McKinley United Methodist Church, where he served as a trustee.  He was a proud veteran of the US Navy. Tom had a wonderful professional career which took him through the pulp & paper and power industries along the US East Coast.  He valued education and held Bachelor of Science degrees in Mechanical Engineering and History from Old Dominion University and a Master’s degree in Business Administration from George Washington University.  He was a Professional Engineer licensed in the states of SC, NC, VA, and TN. He absolutely loved working with the tremendous team at Domtar Paper in Bennettsville, SC where he was a familiar face on outages well into his retirement years. Tom loved his hobbies as well. Whether it was deep sea fishing, working on his Model A Fords, woodworking or simply gardening, he approached each of these with the greatest of detail and the love of learning. Tom was also a licensed Ham Radio Operator, collected antique clocks, loved the mountains and also had completed his solo flight in pursuit of a pilot’s license. Tom’s love of work and his love of hobbies paled in comparison to his love for his family.  He and his wife, Lynn, were inseparable and they were as happy together traveling the states as they were sitting on the front porch watching the rain fall across the Virginia mountains.  He loved his family and he loved his grandchildren.  His youngest grandson, Noah, lived the closest and the bond that was growing between Noah and his “papa” had been special to watch. A father, a husband, a grandpa, a brother, and as a friend, he will he missed dearly by so many, but more than ever by his family. But the parting will be short and the joy that was once shared here on earth will be shared once again. We rest in that joy today because Tom was a child of God and through his faith in Christ, he rests today in the arms of Jesus. The family will receive friends on Friday, July 19, 2019 from 5:30pm to 7:30pm at Henry Funeral Home located at 1030 West Beverley Street Staunton, VA 24402.  A funeral service will begin at 11:00am on Saturday, July 20, 2019 at Henry Funeral Home, with a graveside service to immediately follow at Thornrose  Cemetery.  Henry Funeral Home is handling the arrangements.  The family has asked that memorials be made to McKinley United Methodist Church, c/o 1009 McKinley Road, Middlebrook, VA 24459.  Condolences may be sent to the family at www.henryfuneralhome.net.

Thomas (Tom) Frank Gaskins was carried away to his heavenly home at the age of 68 years when he died suddenly and unexpectedly at his home in McKinley, Virginia.  Born in Portsmouth, VA on January 21, 1951, Tom was the son of the late George... View Obituary & Service Information

The family of THOMAS FRANK GASKINS created this Life Tributes page to make it easy to share your memories.

Thomas (Tom) Frank Gaskins was carried away to his heavenly home...

Send flowers to the GASKINS family.