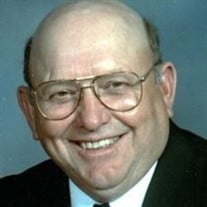 VICTOR L. TRUXELL GREENVILLE, VA Victor Lee Truxell, 68, husband of Phyllis Truxell of 136 Indian Ridge Road, Greenville, died Wednesday, January 23, 2013 in Augusta Health, Fishersville. He was born July 9, 1944, in Fishersville, to the late Frank and Alva Lee (Chaplin) Truxell. Mr. Truxell was the lead lineman for Virginia Power for 34 years and retired from there after 34 years of service in 2002. After retiring from Virginia Power, he drove for Shenandoah Recycling. He was a lifetime member of Old Providence Church where he taught Sunday school. He loved bear hunting and fly fishing. He also loved the mountains and his dogs. He was preceded in death by a sister-in-law, Margaret Sue Truxell. In addition to his wife of 45 years, family members include a son, Daniel Truxell; a daughter, Victoria Truxell; three brothers, Robert Truxell, Harold and Vivian Truxell, and Charles and Priscilla Truxell; one sister, Jo Ann and James Fitzgerald; two grandchildren, Gary Lee Gibson and Tyler Paul Truxell; and a number of nieces and nephews and also cousins. A funeral service will be conducted at 2 p.m., Sunday, January 27, 2013 at Old Providence ARP Church by the Rev. H. Max Bolin. The viewing will be held one hour prior to the service. The burial will immediately follow. Active pallbearers will be Verlyn Martin, Steve Surface, Jeff Back, Danny Grimm, Ronnie Truxell, Wesley Truxell, Pete Lickliter, and Don Gibson. Honorary pallbearers will be the men's Bible class at the church. The family will receive friends after the service at the church on Sunday. Memorials may be made to the ALS Foundation at 27001 Agoura Road, Ste. 250, Calabasas Hills, CA 91301, or a charity of your choice. Henry Funeral Home is handling the arrangements. Condolences may be sent to the family at www.henryfuneralhome.net.

The family of VICTOR LEE TRUXELL created this Life Tributes page to make it easy to share your memories.

Send flowers to the TRUXELL family.