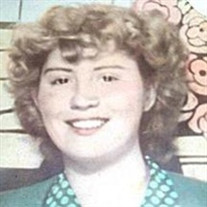 WILMA L. JENKINS STAUNTON, VA Wilma Jane Lambert Jenkins, 87, passed away at her home on Springleigh Drive, Thursday, February 20, 2014. She was preceded in death by husband, Charles A Jenkins, Sr.; her parents, Robert E Lambert and Opal Virginia Losh Lambert; and a brother, Harwood Price Lambert (killed during WWII). She leaves behind a brother, Robert Jackson Lambert of Suffolk, Va; a sister, Janie Rae Lambert Masoncupp; sons and daughters: Donna Kaye and husband, Bill Fisher, of Las Vegas, NV, Charles A. Jenkins, Jr. and wife, Diane, of Staunton, Robert P. Jenkins and wife, Terri, of Staunton, Terry Jane and husband, Wayne Farris, of Staunton; Ted E. Jenkins and wife, Debbie, of Waynesboro, Jackie Sue Jenkins of Staunton, Fred Wayne Jenkins who was her care giver for the last several years and was by her side when she passed. She also leaves behind several grandchildren, great-grandchildren and a great, great-grandchild. Wilma was best known as 'Maw" to most who knew her, she touched many lives in her time. There will be a celebration of her life at the Jerusalem Chapel (935 Jerusalem Chapel Rd. Churchville, Va 24421) from 2:00pm to 4:00pm Sunday February 23, please join the family there. Henry Funeral Home is handling the arrangements.

The family of WILMA JANE JENKINS created this Life Tributes page to make it easy to share your memories.

Send flowers to the JENKINS family.