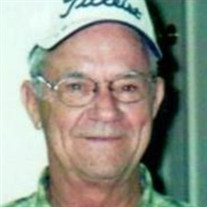 Willard Allen Botkin, Sr., 78, husband of Wanda June (Harris) Botkin, died Tuesday, March 31, 2020, at The Retreat at Fishersville. He was born March 9, 1942, in Staunton, a son of the late William “Jack” Price and Myrtle “Peggy” (Wine) Botkin. He was a graduate of Churchville High School, Class of 1959. Mr. Botkin was a veteran of the U.S. Navy and retired with the rank of Senior Chief. He was awarded the following medals, Naval Reserve Meritorious Service Medal, Armed Forces Reserve Medal, Expeditionary Medal “Cuban Crisis”, Expeditionary Medal “Beruit Lebanon”, National Defense Medal, and U.S. Navy Archievement Medal. Prior to retirement, he was employed by the City of Staunton with 33 years of service as a building and zoning official. His accomplishments during his career included, Professional Code Administrator, First Chairman of Virginia Association of Zoning Officials, and Mid-Level Manager of the Year – 1987. He was a member of Third Presbyterian Church. He was an avid golfer and a member of Gypsy Hill Golf Course. He enjoyed metal detecting, hunting, fishing, and was an avid outdoorsman. He was an exceptional person who was loving, caring and left an impact on everyone’s life. In addition to his wife of 40 years, family members include a son, Willard Botkin, Jr., of Churchville; two daughters, DeeAnn Furr of Waynesboro and Stephanie Schoeller (Mark) of Staunton; a brother, Al Botkin (Martha) of Staunton; a sister, Betty Beaman (John) of Basye; a grandson, Brandon Botkin of Charlottesville; an adopted granddaughter, Sydney Furr; and numerous nieces and nephews. He was preceded in death by a brother, William Price “Jackie” Botkin, Jr. and a grandson, Nicholas Allen Botkin. A private graveside service will be conducted at Thornrose Cemetery. There will be no visitation at the funeral home or home. Memorials may be made to Third Presbyterian Church, 1313 Barterbrook Road, Staunton, VA 24401 to The Alzheimer’s Association, Central and Western VA Chapter, 355 Rio Road West, Suite 102, Charlottesville, VA 22901, or to Hospice of the Shenandoah, c/o Augusta Health Foundation, P.O. Box 1000, Fishersville, VA 22939. Henry Funeral Home is handling the arrangements. Condolences may be sent to the family at www.henryfuneralhome.net.

The family of WILLARD ALLEN BOTKIN SR created this Life Tributes page to make it easy to share your memories.